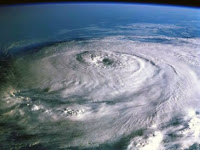 Today's topic - natural disasters.  No I'm not writing about Conan the Barbarian, because that was an unnatural disaster . . . and I want my life back.  But I digress.

I live in New England, and one of the most frequent questions I've fielded from family and friends is "Why do you live in Boston?"  Here is my first and fastest response:

You:  Why do you choose to live in Boston?

As a matter of fact, I've been quoted saying that here in Boston, the only natural disasters we have to be concerned with are blizzards. But as you and I well know . . .


I need a new response.


In the last 3 months, my family has been treated to a real tornado warning, an earthquake, and as I sit here writing this, a hurricane.  Now, I know that the tornado didn't touch down in Boston, but Springfield, MA - not so far away - will not forget the damage caused by theirs.  No, I didn't feel the earthquake myself, but plenty of my colleagues and friends did. And though our "hurricane" will be remembered as Hurricane "Irony" (calm down everyone), it was enough of a scare to shut down public transportation, businesses, and most churches - giving me the opportunity to write and share with all of you.

All of this "fear" prompted me to do some research (Wikipedia.com – don’t judge me) into natural disasters and the worst losses the world has seen.  What occurrence in nature has terrorized mankind the most?  Don't think I don't KNOW you've wondered the same thing too.  I've done the work for you.  So here is Funkyman's list of disasters from bad to worst in terms of loss of human life.

14.  Limnic Eruptions - I know, I know - what's a limnic eruption?  Well, it's when a lake “overturns” and erupts carbon dioxide into the atmosphere suffocating everything in the vicinity.  While this is horrible, it is rare, and has mainly affected a couple of lakes in Cameroon - a country in Africa.  About 1,800 people have died due to this disaster.

12.  Tornadoes – Unpredictable and fast, tornadoes usually occur in low populated areas. However, in 1989, Bangladesh experienced one that took 1,300.  Over the last hundred years, about 6,000 people have lost their lives to these twisters.

11.  Wildfires – Man-made fires aside, wildfires or bushfires can happen naturally, the worst being in Wisconsin in 1871 where 2,500 people perished.

10.  Storms – Because of the tell-tale signs, storms have been fairly predictable for a long time, and mankind has learned to take cover before they hit.  However, storms can cause destruction and the rain from storms can cause mudslides.  The worst mudslide in history was in 1999 in Venezuela where over 15,000 people were overtaken.

6.  Tsunamis – Over half a million have lost their lives due to gigantic tidal waves, often caused by earthquakes beneath the sea. The worst tsunami happened recently in 2004 in the Indian Ocean – taking over 230,000 of our people.

5.  Cyclones – Yes, hurricanes are a kind of cyclone, and they make number 5 on the list due to their frequency, variety, and appearances in highly populated areas.  Over 2,000,000 people have died at the hands of these ocean-based terrors, and the worst was in 1970 in Pakistan, when 500,000 were taken.

4.  Earthquakes – As we continue into the realm of the earth-shaking on the mainland, with over 5,000,000 casualties, we find that the worst earthquake casualties have been in China.  As a matter of fact, China is clearly the country that has experienced the most human devastation at the hands of Mother Nature.  The two worst earthquakes on record occurred in China, and in the top ten worst, China has 6 spots.  The worst was in 1556, where they lost 830,000 in one quake.

3.  Floods – Floods are tricky because mankind can play a role in these disasters. Poorly constructed dams, levees (Katrina), or barriers are the cause ofthese horrors, but nonetheless, water proves to be a destroyer.  And China knows better than anyone.  Of the 7,250,000 that have perished at the hands of floods, more than 6,500,000 have been in China in just the last hundred years alone.  Hey, look at this list so far.  Remember the age old metaphorical battle between fire and water?  Opposite forces of nature battling it out? Which one is worse?

In our history, famine has cancelled the lives of over 175,000,000 people.  That’s real. Support the efforts of healthy farming and care for the earth.  Obviously, we need a few basic things in nature to live:  food, water, air.  And if those things are tainted, we get . . .

1.  Diseases – I was floored to learn the statistics on the amount of death surrounding disease.  Small Pox alone took 300,000,000 lives between the years of 1900 and 1980. Altogether, the top ten major diseases have taken 1,000,000,000 (yes a billion) lives.  And that ladies and gentlemen is an advertisement for health, safety, wellness, and medicine.

Here in the 21st century, in America, in the Northeast, I still feel relatively safe from violent natural disasters.  However, I am constantly reminded of their significance. The late George Carlin often referenced natural disasters as the world correcting and healing itself and we humans are "just another failed biological mutation.  The planet’ll shake us off like a bad case of fleas. A surface nuisance."

A ring of truth?

Posted by DavidColeman at 12:51 PM

You pretty much said what i could not effectively communicate. +1