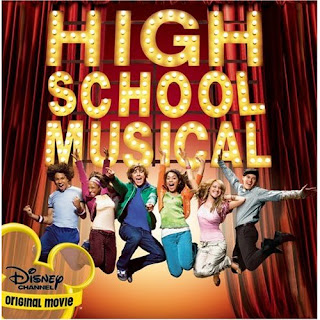 I am not cheesy.

Some of you are both - Cheetos. Just kidding, you actually can't be both.

How does one distinguish him/herself from being corny or cheesy? Welcome to the University of Cool. I will show you.

Being corny means taking a risk - being silly, outside of the norm, maybe even childish. While corny may be considered a negative thing by cool people, it's actually a cool thing to be corny because it means you're not afraid to be yourself.

Cheesy is when corny has been taken too far and is not considered cool even by corny people. In other words, cheesy is not genuine, it's not being yourself, and hard to relate to by others. It's just too much - silliness either taken too far or not from the heart.

High School Musical for instance is corny. You're kind of ashamed for liking it because it's so out there and in your face, but then that's what you end up liking about it. As an adult, it's corny for me to like this movie. It's pop-schlock, bad writing, and silly acting - BUT darn if it's not catchy. The kids are so talented and unashamed at what they do that you have to respect it. It grows on you. That's the definition of corny.

If the movie had mediocre music and the performances were not 100% this would SO be cheesy, and would therefore have suffered a horrible fate by spending eternity in the Cheese Graveyard. And you know how bad cheese smells. Not a good place to be.

So what do I think is cheesy? Hillary Duff. I mean Jesus help us all.

I used to like Hillary Duff when she was first on Lizzie McGuire (if you haven't figured it out by now, I watch the Disney Channel - deal with it). Good show, good writing, decent acting. She wasn't overbearing as a character and was likeable. Then somebody told her to make an album.

Here are some reviews:

"Let the Rain Fall Down" is probably the song I will play if I ever decide to set myself on fire.

"Why Not?" What can I say? Why not quit while you're ahead.

"Wake Up" No. Please. Let me sleep at least until this song is over.

It's nothing against her. It's just those lyrics, that singing, and that music are so mediocre and NOT genuine that it represents everything I hate about songwriting. And I love songwriting.

So for all of you corny people out there - embrace your corniness. Do not fall into Cheesedom.

And for all of you cool people out there - wait, sorry, if you're reading this, you must be corny.

Who wants to be cool anyway?

It seems a lot of people in Russia are funky!  Hundreds of views from Russian readers recently.  And for everyone else, TAOF is about to get busy again.  So get ready!

Is that what he calls it.