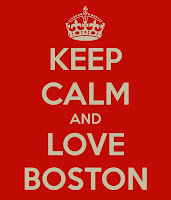 "I've been away for a long time,
But now I'm back and ready to start again.
If you're wondering what's been on my mind,
All I can say is I was lost, but now I'm ready to win.
Sometimes along the way we fall and get off track,
But I'm back!"

- excerpt from "I'm Back" from the yet-to-be-finished musical Group Therapy by David F. Coleman

I write to you today filled with love, peace, frustration, anger, and joy ALL at the same time because that's what a day in the life of Funky . . . anyone can be like.  I go through phases of peace in my day, and then . . . someone says something that drives me nuts!

Me:  I'm so glad you asked!  Let's just take this week alone.


Sunday, April 14:  My gospel ensemble, Confirmation sang at Simmons College for their African-American Alumnae Weekend.  They had an inspirational weekend of women inspiring women, and it closed with a Gospel Brunch.  My group was blessed to be there, and we were told the people were blessed by our music ministry.  A good day.  Amen.

Monday, April 15:  While sitting peacefully on duty at school, I get a phone call from my sister-in-law in Pennsylvania asking if I'm OK.  As I learn why she's calling, moments later I too watch in horror on my computer as the news media plays the footage of the bombings over and over.  The cloud I was on before has sunk a little bit and gotten darker.

Tuesday, April 16:  Taking my daughter to school, I'm listening to talk radio and hear a woman ranting and raving of how cold and heartless President Obama was in his remarks on the Boston bombing.  "He hates this country!"  "He's going to use this for political gain."  "What is wrong with this man?"

It's times like these that I cry racism.  People say they're not racist, but they're so blinded by their hate, they can't call a spade a spade.  (True, I admit - bad choice of words)

If Obama had shed a tear - "He's a wuss."  If Obama sounds somber and solemn - "He's a heartless cold man."  There's no winning.  But don't get me wrong.  Not everyone who dislikes Obama is a racist.  However, I can tell the ones that are because they have NOTHING, I mean NOTHING positive at all to say about him, and that isn't fair on any logical spectrum.  But I digress.

Back to the regularly scheduled adventure of Funkyman.

Wednesday, April 17:  For a case that could understandably take weeks or months to solve, the 24-hour news cycle is in a frenzy over getting the scoop on the leads surrounding finding a suspect.  Misinformation goes out about a suspect, about an arrest, about what he looks like, and everyone is gathering around the court house, their televisions, and their computers hoping to catch a glimpse of the "dark skinned" (oops) suspect as reported on CNN.  Turns out, hey, there's no arrest made.  There's no suspect in custody.  Massive media fail.  Turn off the news already and let the investigators do their job.

Meanwhile, I read about "the church that shall not be named" and their plans to come to Boston to protest the funerals of those killed because this was all God's wrath for allowing same-sex marriages.


Thursday, April 18:  Interfaith Service in Boston.  Moving speeches by several individuals, most notably our mayor, our governor, and our president.

I hear a woman complain about Obama - "He didn't really say anything."  Insert scream here.

I read about atheists upset they were not represented in the service.  - WAIT.  For years atheists educate us that atheism is not a religion, not a belief system, not a philosophy, etc.  Now they complain that they're left out of an interFAITH service?  Make up your minds.  By the way, there are dozens of religions that were not represented at the service.  But they're not complaining.  Hey, it's not about representing everyone.  It's about manifesting the representation of all people who can often disagree coming together to agree.

OK, my rant is done for now.  I want to return to my state of peace and joy that I felt after Sunday before the events of this week began.  Maybe Friday I'll stop reading blogs and newsfeeds.

I have been away from blogging for so long to due to SO many life circumstances.  I pray I can get back into the groove.

Posted by DavidColeman at 10:33 PM

Nice blog, thank you for sharing, it is recommended a gold site:RS Gold at http://www.rsgoldfast.com/

Yay, the adventures of funkyman!, I came here to see often the updates about the funkyman and I was not being embarrassed. Purchase Soundcloud Packages

As we all know, World of Warcraft: Shadowlands has been launched for only a month, but the latest expansion has successfully revitalized the player base of World of Warcraft. Since the heroes first stepped into the afterlife on November 23, both new and old players have returned to choose the covenant and restore the order of each death domain. However, after reaching the highest level, certain endgame activities were much more difficult than expected, which forced Blizzard to finally make some changes.
You can Buy World of Warcraft Classic Goldat MMOWTS. While paying attention to patches and new expansion information, players have not forgotten the World of Warcraft classic in their hands. They want to become stronger, and some people are looking for Cheap WOW Classic Gold. In fact, you don't need to worry. I recommend MMOWTS to you. There are have Cheap WOW Classic Gold For Sale and the results you want. Their prices are cheaper for you than others, and they will have a good service attitude. In a pleasant transaction Get each other's needs.

UTnice will help players become stronger in Madden NFL 22, because any player can buy Madden NFL 22 Coins from them and quickly strengthen themselves!