An Open Letter to Kiely Williams 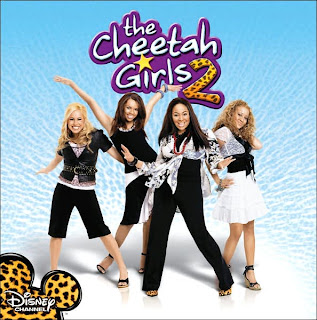 In response to outrage from her new video, "Spectacular," former 3LW/Cheetah Girl Kiely Williams addresses her public with this statement.

ATTENTION: I am an actress and performer. I have been so since my first role in a television pilot at five years old. I played a character when I was a Cheetah Girl. I am playing a character in the music video for the song Spectacular, as I did in the Cheetah Girl movies.

The fact is, that sometimes women get intoxicated and have unprotected sex. My video puts this issue front and center. It is absurd to infer or suggest that I am condoning this behavior. Are LadyGaga and Beyonce advocating murder with the Telephone video? Of, course not. Was Rihanna encouraging suicide with Russian Roulette? No. Was Madonna suggesting that young unmarried girls get pregnant with PapaDont Preach? I dont think so. Is Academy Award winner Monique a proponent of incest because of her portrayal of Mary in the movie Precious. Clearly, the answer is no.

I wrote Spectacular and made the video to bring attention to a serious womens health and safety issue. Dont shoot the messenger."


This is my response.

You know why I am writing, but I want you to know that I am not easily provoked into addressing anyone directly in the performing arts. Performing arts are just that - performances. However, there are a couple of points I would like to raise concerning who you represent to us and what you have created.

You defend your portrayal of a girl who makes bad choices by saying you're an actor. That part is fine. In theater, there is an invisible line between the performer and the character that the audience perceives. However, your characters in the past have had other names - your 5-year old television character, your Cheetah Girl character, etc. - easy to see that line. When we click on your video, it says "KIELY WILLIAMS - SPECTACULAR" so you can see why this makes it more difficult to separate you the artist from the subject character making bad choices. The theatrical line is thinner.

The problem is that the character you portray, confirmed by both the lyrics and the video, does not tell any other story other than of the 1st person perspective of someone who ENJOYED the choices they made. Therefore, how does this bring attention to women's safety issues - especially to a girl out there who is LIVING the exact lifestyle you describe? You're right - sometimes women get intoxicated and have unprotected sex. "Spectacular" is now their anthem. The issue you want to put front and center never arises - only the description of the encounter.

We don't believe Kiely Williams wants to condone this behavior. We're saying the execution of your song and video DO just that.

When are the lyrics to your song, "Spectacular" showing us this character is wrong? When does your video point to the women's health and safety concerns? Exactly. This is why there is outrage.

I teach at an all girl's school where we often address women's health and safety issues. I would be hard pressed to find one student or adult who would agree that your video helps shine the light on a safety issue, but rather could so easily be perceived as the glorification of the exact type of behavior you seek to address. This community is your target audience - young women presented with these choices. Your message is being lost, believe me. You are more than an artist, you're famous.

And let's not get it twisted - there is a difference between being an artist and being an artist who is a STAR. You are a star Kiely - more people pay attention, more people care. How did you get to be a star? Talent and your embrace of POSITIVE IDEALS that your FANS were willing to pay for to support. Why else would that same fan base have an issue with this? Do you think you would have gotten 400,000 views on your new song if you were just an "artist"?

As for you referencing the Cheetah Girls as a character you played: I distinctly remember you being interviewed during the height of the Cheetah Girls fame saying how proud you were to be a part of something positive for girls to look up to. Now, you reference that experience as playing a character. How come you weren't saying then, "Hey girls, don't adore me and believe I'm really like this. I'm just playing a character." No, you knew that people saw beyond the character and liked Kiely. Your talent PLUS your positive image is why you're a star today. And there was no problem with that. Why else would we question "Spectacular" if not for you already having established an emotional connection with your audience? Come on Kiely.

And yes, I'm a grown man who has seen all 3 Cheetah Girl movies because I have a 6-year old daughter who adores you. I am a responsible parent, and I will not allow her to see what you are doing now. However, the next time she asks "What happened to the Cheetah Girls?," I'll have to pause before I respond . . .

You have every right to make the music and videos you choose to. We the audience have every right to be outraged by the seeming lack of thought that went into the choices that were made. Best wishes to you in your career and continuing to bring to light women's health and safety issues. I believe it's people's concern for both that created the outrage to your song in the first place. You say you wanted to spark a conversation about these issues . . .

Thank you writing this! Did Tse Williams, Kiely's manager, respond to you?

I started the Open Letter to Kiely campaign with friends, and we would love to feature your letter with others on our website. What do you think?

Thanks again for keeping the conversation going.