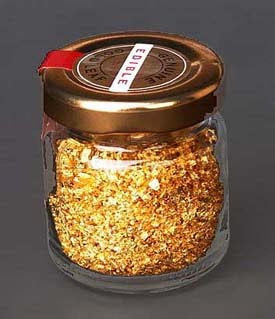 No deep ponderings this week. I have been up to so many things, I just can't write about one, so . . . here it comes.

KIELY WILLIAMS MANAGER RESPONDS TO FUNKYMAN
Yes, I forwarded an abridged version of my blog to her manager simply to express that their "message" was being lost in translation. The manager (her sister) responded that they find it interesting that so much attention is being given to this, and that they expect Spring Break and MTV to be cancelled this year because of the outrage of the public over these issues.


COPPELIA
Saw the Boston Ballet production of Coppelia with my family and it was AMAZING. I'm not a huge fan of ballet, but even I could appreciate the genius and pure athleticism of what I witnessed. I highly recommend seeing a good ballet. A GOOD ballet.


TUFTS GOSPEL CHOIR CONCERT
On Friday, April 23rd, over 200 voices came together for the Spring Gospel Concert at Tufts. Long story short, it was epic, and the choir presented me with a couple of gifts that literally had me crying on stage. They got to me in a big way, and I thank them right back. More importantly, I have a new direction in life. More on that later!


ILLNESS
Mere hours after that concert, I got SICK. I mean sick. Was it something I ate? Was it someone I was near? Was it of this world? I don't know, but I wanted it OUT of me. It took 3 days to be back on my feet. No fun.


DANA HALL SPRING CONCERT
On Friday, April 30, over 200 students came together for the Spring Concert at Dana Hall School. Long story short, it was epic. Yes, TWO epic concerts in the space of 8 days. When these concerts are finished, I can focus all of my energy on . . .


RENT
No, not paying rent - RENT the musical. On May 21 and 22 Dana Hall School & Belmont Hill School will present RENT - and it's going to be . . . epic. We are in rehearsals 6 days a week, and it's coming together. I was not able to attend rehearsal last night because I was at the . . .

pA.R.T.y
The American Repertory Theater has an annual gala fundraising event called the pA.R.T.y, and it costs $600 a ticket.

YES, $600 a ticket. Lucky for Funkyman, I was invited to perform for the event, and reprise some songs from the show I music directed back in December - Best of Both Worlds. I accompanied world-class Broadway stars Darius De Haas (RENT) and Jeanette Bayardelle (THE COLOR PURPLE, HAIR) and besides the show music, they also sang Stevie Wonder's "Don't You Worry About a Thing" and Aretha Franklin's "Natural Woman."

Did I mention the costume designer for Best of Both Worlds was Emilio Sosa - Project Runway finalist from this past season? He was there too - good times. Oh, and I ate gold.

I had heard of this once - rich people eating flavorless, odorless gold. There's a picture of a jar of edible gold above. Why would they do this? I suppose it signifies some level of wealth or status or style. Who knew food had bling?

But sure enough, I'm standing there during cocktails, and someone approached me with a platter -

"Alrighty then. Is this legal?"

"Of course, it's edible gold. You don't taste it."

"If you don't taste it, then why . . . Hey aren't there people dying of starvation all over the world, and we're standing here at some $600 a plate dinner eating GOLD?!!!! WHAT'S WRONG WITH THIS WORLD? DON'T WE HAVE ANY SHAME? FOR THE LOVE OF ALL THAT IS HOLY!!!!!"

"Thank you. It was delicious!"