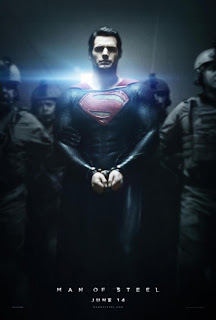 Yes, it's that time AGAIN!!!  Summer is nigh, and Hollywood has prepared a buffet extraordinaire of sumptuous movie delicacies that we consumers will gorge on even before they hit theaters.  Everyone I know, young and old, is particularly excited about this summer's offerings.  Let's do a run down of the movies that excite the fans the most - meaning they will either be huge successes if they're good or massive FAILS if not.  Here we go!

May 3 - Iron Man 3
I've already seen this movie, and without doing a complete review (check back soon), I will say it's better than the last one.  Let's face it, everyone loves Iron Man and Robert Downey Jr. is worth watching even if it's not great.  Fortunately for us, Iron Man and the Avengers are the kind of magic you can't buy.

May 10 - The Great Gatsby
Leo!!!  Leo!!!  Enough said.  He's the only reason people are talking about this new rendition of the classic novel.  I'm sure girls everywhere will relive their childhood Titanic romance all over again.  I, for one, like Baz Luhrman.  A great director worthy of a summer movie.  I will definitely check this out.

May 10 - Tyler Perry presents Peeples
I am not seeing this movie because of Tyler Perry (whom I have a love/hate relationship with), but because of the comic genius of Craig Robinson and my friend David Alan Grier (Porgy & Bess woo hoo!) who guarantee this to be funny, even if the move isn't great.  Want to laugh, we should probably check this out.

May 17 - Star Trek:  Into Darkness
Star Trek.  Be there.  Is there anything else to say?

May 24 - EPIC
Summer blockbuster CGI animation often promises that it's something the filmmakers are proud of.  With this all star cast (including Beyonce?), it may be just that.  One can only hope.  Cars 2 was a debacle.

May 24 - Fast and Furious 6
Fast cars, girls, and faster cars.  I honestly can't believe we're on number 6 in this series, but the preview looks SO GOOD.  This may be a win.

May 24 - The Hangover:  Part III
I'm still laughing from the first one, so I'll forgive the retread that was Part II.  Maybe this will have something new for us to call a classic.  Maybe.

May 31 - After Earth
Will Smith and his son Jayden do big sci-fi in this survival epic.  Yes it looks awesome doesn't it?  But why don't they advertise the fact that the direct is M. Night Shyamalan?  Well folks, that's because almost every one of his last 5 movies have been horrendous.  I can't believe a big name like Will Smith would risk a big movie like this with this director, but hey, maybe there's redemption in store.  I pray.

June 7 - The Internship
Vince Vaughan and Owen Wilson reunited from Wedding Crashers to send up Google and internet geeks.  I don't care what anyone says, Vince Vaughan is one of those actors that make me laugh no matter what he's in, and I'll see it.  Fortunately for me, he's often in really good material.  OK, I'll forgive the Psycho remake.  Ouch, that was bad.

June 7 - Tiger Eyes
No, this is not a big movie.  No big stars.  Just sending a shout-out to the Judy Blume fans out there!  Yay!  Tiger Eyes!

June 12 - This is the End
Speaking of funny . . . Seth Rogen and basically everyone who's ever been in a Judd Apatow film collaborate to make an armageddon comedy.  If you've seen the trailer, you know this is absolutely bananas.  I CAN'T WAIT.

June 21 - Monsters University
Once upon a time, I would caption any Pixar movie by just saying "Pixar. 'nuff said."  Well, after Cars 2, I changed my tune.  However, it is Pixar and their track record is pretty solid.  Monsters is a great movie.  Let's pray they did it again.

From here to the end, I can summarize these movies in very few words . . .

June 28 - The Heat
Sandra Bullock and Melissa McCarthy in a buddy cop flick.  Yes, this could be awesome.

June 28 - White House Down
Channing Tatum and Jamie Foxx save the White House and America.

July 17 - Turbo
Dreamworks CGI about a racing snail.  Zzzzz.   Zzzzz.  OK, it might be fun for the family.

July 26 - The Wolverine
Wolverine sells himself.

August 2 - 300:  Rise of An Empire
Without the original cast (because they all died in the first movie), this has the potential to be scary bad.

August 7 - Percy Jackson:  Sea of Monsters
Now that Harry Potter is done, it's Percy's time.  The 1st one was good!

August 9 - Disney's Planes
Pixar again.  Do we need talking planes.  Is this overkill?

August 16 - Kick-Ass 2
Must-see movie sequel.  Let's pray it lives up to the excellence of the 1st.


See you at the movies!

Posted by DavidColeman at 7:00 PM


Really like your blog, you can send an e-mail to make friends, recommend a fast and secure gold website:Guild Wars 2 Gold at http://www.vipgw2gold.com/