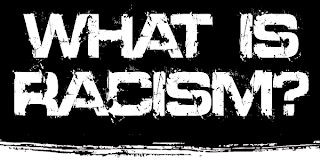 Greetings Funklers, I am back!

I can't lie that racism has been on my mind.  It's been on yours too unless you're kidding yourself.  Between the Zimmerman trial, Paula Deen, Oprah Winfrey, and the recent success of The Butler - racism is a subject that, contrary to popular thought, cannot and should not be ignored.

However, the root of the frustration around talking about it is a lack of basic understanding around the language.  Here are 15 facts to help anyone get started in a real dialogue about race - in America, or anywhere else.

1.  On earth, there are several species of living things.  Of the species known as homo-sapien, or human beings, there are no real sub-sets of the species, meaning there is only one real race.

2.  However, these divisions that we refer to as "races" are a sociological construct created in academia to help record/describe the differences in people that highlight geography, skin pigmentation, and culture.  Because of history and habitat, minor physical attributes/qualities have been observed and used to classify 4 basic groups of humans - Caucasoid (European descent/White people), Negroid (African descent/Black people), Mongoloid (Asian/Native Americans), and Australoid (Indian/Aborigines).

3.  Prejudice is making a judgment/decision about someone/something before knowing anything about them.

4.  Racial prejudice is a judgment made about someone based on their "race" or stereotypes related to it, regardless of one's individuality as a person.

6.  Racism is different from racial prejudice.  Racism is the systematic use of racial prejudice by people in positions of power/authority in order to hold back/hurt an entire community of a different "race."  This can be manifested in several ways - genocide, rape, slavery, poverty, segregation, disenfranchisement.

7.  By this definition, because of America's history, Caucasoid is the established race in positions of power - politically and financially.  Though racists in America are Caucasoid, not all members of the Caucasoid "race" are racially prejudiced.

8.  The ideas of "racism" and "racial prejudice" are often confused and used interchangeably, causing all kinds of confusion, debate, and stress among generations of Americans.

9.  Even though members of the Caucasoid "race" may not feel racially prejudiced, they do benefit from the system and the spoils of racism, and therefore have privilege - whether recognized or ignored by the individual.

10.  The greatest privilege of being Caucasoid is the ability to be judged as an individual and not have it reflect on the entire "race".  His/her actions are their own, and this is true freedom - "to be judged not by the color of their skin, but on the content of their character."  (MLK Jr.)

11.  Most racism persists in America because the majority of members of the Caucasoid "race" do not recognize the existence of their privilege and therefore wield no power to use it to combat racism.

12.  The key to assisting in the healing of racism's effects is education.  We need to continue to educate with true history, definitions of words, and communication about current events.  An educated person of privilege is an invaluable weapon.

13.  The racial prejudice that exists in the non-Caucasoid "races" is immense.  Whether reactionary or justified, in the end it cripples the individual and the community simultaneously.

14.  It is impossible to discuss matters of race without sensitivity and intelligence.  Sensitivity comes from having an open heart to others' suffering and experiences.  Intelligence comes from being educated.

15.  Share your knowledge and experience.  Even if we can't erase racism, we can die fighting it.

It would be my honor to fight with you.

I appreciate the distinction made between "racism" and "racial prejudice." However, I would appreciate a little more clarity on #7. Are you saying that, since "Caucasoids" are the race in power, they are the only ones that can be racist, though not all of them are? In other words, all racists are Caucasoids, but not all Caucasoids are racist?

Yes, for America, that is what I'm saying. While there can be isolated incidents of a non-white in a power position committing discrimination, it is just that - isolated incidents - and not part of the larger institutionalized racism.

In the same way, all sexists are men, but not all men are sexists. Women can sexually discriminate or be gender prejudiced, but in the grand scheme, sexism is a system where men are the gender in power. Therefore, men must recognize their male privilege regardless of whether they commit acts of sexism.

Now, in another country, where Negroids are the majority and in power, it could certainly work another way. But America's history is pretty clear - White, Christian, Males are the ruling class and therefore hold the keys to ending the disparity between the "others".

As a Male and a Christian, I recognize my privilege, and try to keep these things in mind as I go throughout the day's events.

Check out this video. It explains the point about privilege very well.