Must Be a Joke 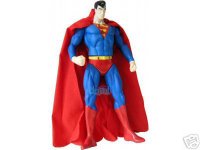 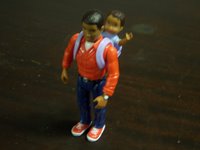 Question: What's the difference between Superman and an African-American father?
Answer: Superman is a fictional character from ANOTHER planet.

Ho! Bing! Whoa! Hey! Slow down there. I'm African-American by the way, AND a father, for those of you who find this blog by mistake. However, I know first hand about the plight in this country with families, and especially African-American ones with no father at home. I've been a Big Brother for 7 years and I go to a church where many children are being raised in single-parent homes. And we all know "single-parent" is referencing mothers, even though there are a few fathers out there doing it on their own. God bless you.

But facts are facts. I wish it were a joke, but 90% of the kids in the Big Brother program are non-white. 90% of the volunteers for Big Brother are white. So not only do we not stay with our kids, we don't volunteer to help out someone else's either. It's time for brothers of every race to come together and be heroes. It's time for the end to fictional heroes, and the start of a new breed of man.
We say we don't have time, but you can find some easily. Give a child a chance to have a man to look up to.

O.K. that's deep enough for tonight. Today is MLK's birthday and this stuff is on my mind. I'll write about MLK next time.

Peace!
Posted by DavidColeman at 11:37 PM

David,
You are so right on. There is another sad fact in a major Southern City and that is 63% of black children born are out of wedlock. Mentorship is not only needed for the children.