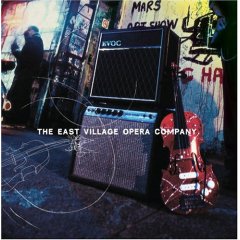 fu·sion (fyoo'-zhun) - n.
- The merging of different elements into a union.

Well, I always respond that I don't have a favorite song, but I do love thousands of them, all for different reasons. Of course, some stick out more than the others. But, what I find to be a more intriguing question is: "What music sparks your mind?"

You see, some music is about the feel, and some music is about the funk, and some music is about the spirit. But when I listen to something that makes me think - I tend to value it more. Such is fusion. And not just jazz-fusion, like the original meaning of that word relating to music. Since jazz-fusion (the combining of jazz and rock), there have been many very successful fusions of music - hip-hop and R&B, rock and rap, classical and rock, etc. I love them all because they define the truth that no one wants to admit - music is music. One can hate country music but love it if delivered in the right vessel. One can hate rap, but then Kid Rock & Limp Bizkit comes out and it's cool. One can hate classical music, but love it when done with respect admiration and cool arrangements. Thus is the East Village Opera Company.

If you have not heard of this band, you should - especially if you like opera and rock, like me. If you don't like opera, you should give this a try. It's a modern-day take on standard overtures and arias that are probably familiar to you already, but served up to sound like Peter Gabriel and Mozart had a child together (Duh! - I know two men can't have a child - Mozart is dead!)

Anyway, I figured I'd blog about this, because as I surveyed my past entries, I haven't really written about music, which is ironic since that's what I do for a living. My compositional style is fusion. I fuse neo-classicism with mid-20th century dissonance and color. The result is almost a jazz-like fusion of classical sonorities with challenging sounds that will (hopefully) intrigue the listener both educated and not about modern music. Music should be for both the audience with little appreciation and for those with much appreciation of what they're listening to. If it can achieve both entertainment and education, I believe this music has the highest value. That's why I dig this band. Check them out

By the way, my wife is doing better, and we're taking it one day at a time. Peace!

E-mail me your telephone number, Fool.

Just wanted to say I love reading your blog and look forward to all your posts! Centri Records is a New York based independent record label owned by Rhandy Acosta. It originated as a way for local talent from Queens, NY. Rhoyale’s new single Tonight is now available on Apple Music and Google Play. Add it to your playlist today.