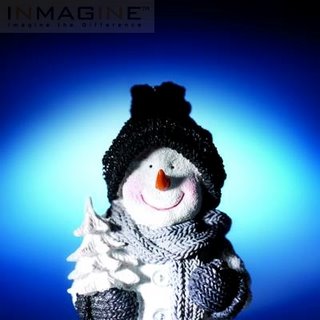 There's a saying that when it rains, it pours. Well, in New England, when it snows, it sucks!

It's not just snowing. It's sleeting, raining, and freezing - turning what could be a winter wonderland into a icy wasteland. So after spending an hour digging out my car last night, I was inspired to write this blog about my favorite snow memories. Enjoy!

DEATH WISH
- Picture a house at the bottom of a hill with a gate to the left of the house leading to the backyard. Picture two brothers living in Memphis, Tennessee who rarely get the experience of sledding, much less snow itself. Picture these same two boys getting on a sled together at the top of the hill, riding down a sheet of ice (the driveway) and somehow managing to steer the sled to the left, past the house, through the gate, and into the backyard - escaping certain death. Picture us doing that over and over. Death wish. My brother, Wisdom and I when we were living in Norris Circle. Good times.

ASHAMED MEMPHIAN
- Picture leaving Memphis to attend college in Boston. Picture a nationwide winter event (blizzard of '93 for us). Picture watching CNN and the newstory is your hometown Memphis with only 1 snowplow, buried beneath winter's wrath. Picture being the laughingstock of your friends, as you long to deny you were ever from there. Embarrassment that would make Elvis deny Graceland was his home. One snowplow! It took weeks for the city to function again.

LONELY BIRTHDAY
- Picture the same blizzard of '93, Boston covered in 18 inches of snow, and it's my birthday. I put on my snowboots, bundled up, and left my dorm apartment to walk one block to the Campus Convenience store. I bought an Entenmann's chocolate cake, some birthday candles, some matches, and a diet coke. I trudged back to my dorm in the snow, arranged the candles into the number "22" on the cake, and had a little party by myself. Happy Birthday memories indeed.

SNOW RAGE
- Picture another blizzard during '95. Picture my car buried in snow, parked on the street. Picture me, no longer in school with no snow shovel. Picture me trying to dig mycar out with a cookie sheet. Now, where I lived, the T (subway trolley) runs through the center of the street. And when I finally tried to move my car from the ice and snow, I got stuck and my car was blocking the tracks for the T. And of course, here comes the train. The train stops of course and starts honking its horn super loud. This upsets me greatly, for why would I be here if not stuck? Here's where the rage comes in.

A MBTA official (T cop) drives by in his SUV while I'm frantically trying to dig my car out from being stuck and says "You're going to have to move sir." I lost it. "You think???!!!! I am stuck! Do you actually think I parked my car on the tracks because I just felt like it??!! WHAT DO YOU WANT ME TO DO????!!!!!"

He calmly looked at me and said, "Sir, I'm offering to give you a push. That's why I'm here." He didn't react to my rant at all because he could clearly see that he was dealing with a man who had gone over the edge. I thanked him for the help and apologized for screaming at him. He just laughed and said no problem, as if he deals with this everyday. Wow, I don't think I would want that job.

LAST NIGHT
I should know better now that when it snows like yesterday, to get outside as soon as possible to get shoveling before the temperature drops and the snow becomes worse than snow. But for some reason, yesterday I kept telling myself - "Aw, it'll be fine." Delusion of grandeur.

The temperature currently is 15 degrees, and yesterday's precipitation was snow, rain, and sleet. This formula created easily the hardest snow shoveling I have ever experienced. We got about a foot of snow, and when I stepped outside of my house last night, the snow was so hard, I walked on top of the snow! Jesus would be proud. My snow shovel (I have one now!) couldn't break the ice. My car was embedded in the snow/ice. The best I could do was start to chip away at the tires to try to create some room to move. Then I got in my car, started rocking back and forth, revving the engine so hard it sounded like a NASCAR pit, slowly making progress . . . yes I'm moving . . . AWESOME! . . . whoa! I'm stuck . . . rock some more . . . floor that gas pedal . . . YES! . . . Oh! stuck again . . . turn the wheel . . . progress . . . last time . . . why are my wheels not touching the ground anymore?

Yes, the ice was so hard, the mound behind the car had the car in the air with the wheels spinning. Luckily, the NASCAR tirework had melted some of the ice and started a melting process that helped me begin to shovel some of the ice. But now my car is halfway into the street. Sound familiar? I just kept looking for that smarmy MBTA cop!

Anyway, a friend/neighbor was on his way home and stopped to give me some help. He helped me get over that last hump of ice and get out of the driveway. Then came the hard work. I had to park the car on the street and start removing these gigantic bricks of ice from my driveway. It took about an hour, but I did it. I was completely exhausted. I returned the car to its space, went inside for some water, and was about to leave again when around the corner comes this huge snowplow, completely burying my driveway with the excess snow and ice it was pushing.

Yes, a sick, sick joke. Life is cruel. Don't get me wrong - Hey, God is good! But I wasn't lifting hands and singing hymns at that particular moment. I didn't have any profound scriptures to quote to calm my spirit. I didn't look to the hills and thank God for the new hill of snow I had to shovel. No, that wasn't exactly what I said. Yes, I could have been nicer. I could have curbed my tongue. I did consider looking for the silver lining in this situation.

I also considered washing my mouth out with soap, too. I think God will forgive me. Hey, it's his planet and his snow. I'm just a squirrel trying to get a nut.

Hey David, Feeling you on this blog as I head out to shovel out my mailbox for the third time, to receive mail/checks (yes!) and bills (bad - booooo). I never wanted to be a frontierwoman, but that's my bag until I get someone to take it for me. -S