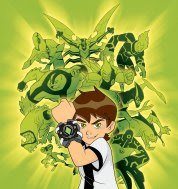 Well, here we are, back again for another season of great TV. I have written more than once about my thirst for fantasy on TV, but I also want that time to be QUALITY time. Therefore, I will rarely begin watching a new show merely because it boasts a sci-fi or fantasy premise. Case in point - Fringe. I will wait for the reviews before wasting my life away in front of the TV trying to be patient and understanding if the show is slow or just bad. If it's good, it will be on again, and I'll be sure to catch it. Smallville was another one. I'm a huge Superman fan, but that doesn't mean I'll drink the Kool-Aid just because it's Superman Kool-Aid. (That was about the weirdest metaphor on this blog to date.)

All that being said, there are some shows that I have to watch because I AM hooked into them already, and I find that it's becoming more and more difficult to keep up with them. Here are the shows I currently cannot live without. Mostly fantasy with a little bit of reality.

8. Maury - I have officially stopped watching Maury, though I still believe the paternity test results shows are the best thing on TV. This past summer, I think I watched 4 episodes a week. Read more on those shows here, if you missed it. But now, there's no time for that. I need to make room for more important shows like the ones below.

7. Ben 10: Alien Force - Now, you're saying - "I've never heard of that show." - and until this past summer, neither had I. I think I saw a commercial for it in passing. It's a cartoon targeted at pre-teen boys on the Cartoon Network. I am not a pre-teen boy, BUT I used to be, so I can relate. Don't judge me! I love this show. It's about a boy who finds a watch from outerspace that attaches itself to his wrist permanently and gives him the ability to become 10 different alien lifeforms. In the original series, Ben 10, Ben Tennyson is a 10-year old kid who uses his newfound powers both to help people and to just have fun, which honestly is what any kid would do with powers like that - super strength, flight, etc. I find it to be refreshingly honest. He's the only superhero ever who is allowed to indulge himself and use his powers for other uses besides helping someone else. Of course, he learns many hard lessons along the way about that, and that's the redeeming educational value about the show. Even though Ben goofs off, it sometimes backfires on him. This new series, Ben 10:Alien Force, is centered on an older Ben in high school, five years after the last series ended, and the show is darker and more mature. Anyway, I'm desperately looking for an adult size Ben 10 T-shirt, but they only come in kids' sizes, so if you know anyone . . . Hey! Don't judge me!

6. Making the Band 4 - Why do I like this show? I don't know. Why do you like the reality show you like? Somehow I got hooked into this soap opera surrounding two pop groups formed by P. Diddy. And yes, I like the music. Like any show, the characters are interesting and once they've got you hooked into a story line - you're addicted. This is my guilty pleasure. At least I'm winding down off of my Maury addiction.

5. Battlestar Galactica - I've written about this show before. Click here if you missed it. I'm so patient, waiting for this show to return. Anybody out there know when it will? There's only one season left. What are they trying to do to us?

4. Terminator: Sarah Connor Chronicles - Talk about shows getting good! The first season of this show stumbled a little but was cool enough to keep watching. Well now, the training wheels have come off, and this show is rocking every week. Man, it's almost too good to be true. Without giving everything away, let's just say they've succeeded in keeping this almost 25 year old story fresh and relevant. That's amazing in itself.

3. Biggest Loser - My wife and I are hooked on this show. I think my favorite part is watching the look on the contestants' faces when they realize, "Hey, this is hard work!" Duh! And they've all seen the show before. Why are they so surprised. I don't have to go on that show to get that those screams of agony are real. That sweat is so real. That exhaustion is way real, and I'm tired just from watching them work out. Of course, I also don't have to go on that show because I lost 133 lbs. last year. Yay! But I digress. Speaking of lost . . .

2. Lost - In my opinion, the best show I've ever seen, but not the coolest thing on TV right now. I am very excited about the 5th season but alas, we have to wait until 2009. I've written about this show before too in case you missed it. Click here. What is the coolest show on TV you ask? Come one, you already know . . .

1. Heroes - Ah, finally. Life is complete and I am whole again. I DVR'd both the two hour series premiere and the one hour prep show. I have written about my mild obsession with Superman before, but now I think I want to be Peter Petrelli when I grow up. I will savor each moment this week as I steal minutes away from my work (and family - too scary for the 4-year old, and my wife isn't interested, but I'm working on her) and watch it slowly. I'm so glad to have a weekly commitment to watching this show. It truly does make me happy. All of life's questions are answered except one:

What color is Superman Kool-Aid?