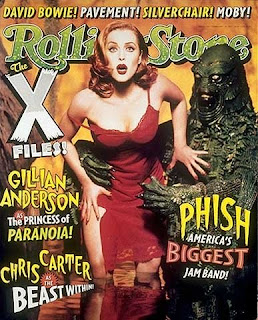 Anyone who is in one of the 6 choirs I direct knows that I am the Mark Twain of choir directors. I love to tell stories, and they often have a point. :-) Seriously, it's a teaching tool, and if you've ever had to stand in front of people for 2 hours at a time, you know that it's more than necessary. Today is special because I present to you - MY BEST STORY EVER. Calm down, calm down, I know. How can you repay me you say? No need. This is a free service of the Adventures of Funkyman. What's that you say again . . . ?

You: What makes this your best story?

FM: Well, I'm glad YOU asked. It's the best because it starts out simple, gets bigger and cooler, and it has a moral - just like any great adventure.

You: Why have you waited until now to tell it?

FM: I've always saved this story for when I've really lost the attention of my audience.

You: I'm sorry, what did you just say? I was texting.

So, now I present to you: THE GREATEST ADVENTURE (to date) OF FUNKYMAN

Scene 1:
December 1996 - I was just beginning the Winter break from school, I was engaged and preparing to marry my wife the following June, and I was just at home watching TV when the phone rang. "Hey David, the choir has a new engagement. Are you going to be around New Year's Eve? We're being asked to sing for some band called 'Phish.' Have you ever heard of them?" Well, of course, I nearly dropped the phone. Of course I had heard of them. They were, at that time, quite literally the most followed band alive - often compared to the Grateful Dead because of their cult-like fans. The choir that was being asked to sing with them was the Boston Community Choir, which I was a member of. This choir, among other events, sings annually with the Boston Pops Orchestra at Symphony Hall. I was a member because I wanted to be IN a choir rather than always directing one. The choir got to sing in concerts with Patti Labelle and James Taylor, among others. And now, whenever a popular artist came to town and requested a gospel choir, we got the call. So, as you can imagine, I responded - "Yes."

Scene 2:
One week later, I was in rehearsal with the choir, and it turns out that one of the songs we're singing is Queen's "Bohemian Rhapsody." The choir was struggling with the learning the parts, and I was shocked to find that most of the members had never heard the song before. During a break, I went to the director and offered my assistance because I was familiar with the song. He gladly accepted, and I completed the rehearsal. I had butterflies in my stomach imagining what this was going to be like in front of 20,000 people in the Fleet Center (the refurnished Boston Garden). And with those butterflies, I went to the director and asked "May I direct the song on New Year's Eve?" He said "Yes." YES!

Scene 3:
At the next rehearsal, I came up with the idea of something I had never seen a gospel choir do before. In the movie "Wayne's World" there's a famous scene where the guys are in the car listening to "Bohemain Rhapsody" and when the opera part ends and they go into the full-out rock part, they throw up the rock sign and bob their heads to the beat. I told the choir how cool it would be if we all did that at that moment in the song. Since most of the choir had never heard "Bohemian Rhapsody," you can imagine that even fewer had seen "Wayne's World" and they did not want to do it. I told them, "TRUST ME!!!!!" And they reluctantly did.

Scene 4:
On December 30, we had a rehearsal with Phish at the Fleet Center. We're going to meet PHISH! Cool! We get there and walk on the stage. The Fleet Center is HUGE, and so is the stage. As we went backstage to the rehearsal room, we warm up and get ready. Phish walks in and I get to meet Trey Anastasio and Paige McConnel while they set up. And do you know what happens then? They begin "Bohemian Rhapsody" and they DON'T KNOW IT. The choir looks at me, and I say "I can help." So then, I'm teaching the opening harmonies of the song to PHISH. I repeat, I'M TEACHING THE OPENING HARMONIES OF BOHEMIAN RHAPSODY TO PHISH. I thought I was going to pass out.

Scene 5:
New Year's Eve - We arrive at the Fleet Center around 11:00 p.m. We were set to go on stage at midnight after they dropped like 65,000 balloons on the crowd. We were meant to be a New Year's surprise. While the choir was warming up, I was at the piano banging away, when Phish brings in two small amps and a drum, plug in, and start to jam with us. OK, NOW I'M PLAYING WITH PHISH. I did pass out.

After they revived me, it was time. We began the walk to the stage. It was already 1997 and people were hyped. As we entered the arena in our robes, we could hear people screaming above us - "YES! WHOOOOOOO!" They were so excited to see a gospel choir taking the stage. And then we were there - 20,000 people screaming - it was so intense. Phish goes into the opening line of the song "Is this the real life? Is this just fantasy?" and the crowd goes nuts.

Then, here it comes - we're getting through the opera part and here comes the rock out - "For meeee, for meeeee, for meeeeeeeeeeeeee!" I scream to the choir "Here we go, let's do it!" And with that the entire choir starts totally rocking out - one hand in the air, fingers spread, heads bobbing.

The scream from the crowd was deafening. It was the single coolest moment of my life.

We also sang "Julius" and "Amazing Grace." As we left the stage, people were screaming down to us "YOU GUYS RULE! THAT WAS THE COOLEST THING I'VE EVER SEEN! OH MY GOD!"

The choir all said "David, you were right!" Told you! We got to hang out with the band, their families, and the crew for about an hour after the show. I drove home and called my wife (fiancée at the time) and told her what happened, and then I went to bed with a grin on my face.

Scene 6:
January 1997 - My wife was the only person I told. When school was back in session, I was walking down the halls and a kid from far off just stops, looks at me and says "Was that you?" And I knew what he was referring to of course. I said "Yes it was." He said "YOU ARE A GOD!" Now, while I am a superhero, I by no means believe I am a god, but in this kid's mind, this was not up for discussion. I became a legend at the school that year, not because I got to be on stage with Phish, but because I didn't tell anybody to brag about it. It was good to be the king.

Scene 7:
Six weeks later - I often had to stay late after school because of musical theater productions, and sometimes I would go around the corner to the Cheesecake Factory, get a magazine, and just have dinner alone. This was one such day, and I went into Borders, bought a Rolling Stone magazine, and then sat down in the restaurant. As I open the magazine to the Random Notes section, what do I see staring back at me? ME! A picture of Trey Anastasio and me backstage at the Fleet Center rocking out while we were warming up. I screamed "OH MY GOD! I'M IN ROLLING STONE!" People in the restaurant thought I was nuts. I was like "YOU DON'T EVEN UNDERSTAND RIGHT NOW. I'M IN ROLLING STONE!" They were like, "We do understand, sit down and shut up." Haters.
(Actual issue cover pictured above.)

The Moral to the Story: Great things happen to you when you see and take opportunities, AND when you humble yourself enough to enjoy it. I got to teach, jam, and sing with Phish in front of 20,000 people, be in Rolling Stone magazine and the Phish Book, and be a hero to my students. And all I did was follow my heart.

You: Phish Book? What are you referring to?

Scene 8:
Years later - I'm in a book store looking for a gift when I find the PHISH book - a collection of photos and memorabilia about the band. Whose picture was in the centerfold, directing the Boston Community Choir in "Bohemain Rhapsody" on New Year's Eve 1996 at the Fleet Center?

Wow. Yeah that pretty much beats all.

Thing is, I actually had that issue! Mainly because I had a thing for Gillian Anderson back in the day. No idea where it is now. (The magazine or the thing.)

I still have a copy if you want to find your thing again. X-Files was cool. The X-Files movie was good. X-Files: I Want to Believe was not so good. I'm waiting for X-Files: We're Sorry.

(And I hope that after that experience, your choirmates had a movie night and educated themselves. Jeez.)