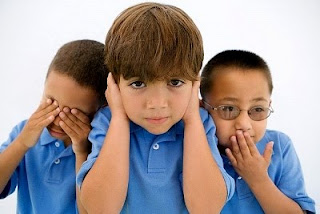 I had a student ask me today, "What's the point of horror movies?" Of course, I responded simply "They help us deal with the fear of our own mortality" but I think that was too deep for 8:00 a.m.

The truth is, I didn't have a really good answer for that. Every movie genre has a higher purpose right?

The Purpose Of the Movie Genre:

Comedy - Obvious - laughter is the most human trait. Without it, we're dead.

Romance - Obvious especially if you're currently not in one.

Drama - Just a film version of the traditional theater. Theater teaches us lessons about life by portraying situations and characters we can relate to. It emboldens us as a culture and as a race to celebrate the victories of life and to illustrate its downfalls.

Westerns - The good and evil ying and yang played out on the open landscape of the desert is a perfect model to tell tales of human emotion and morality. Because the background is so vast, it forces us to focus on the characters. Brilliant, really.

Science Fiction - Both sci-fi and fantasy basically do the same thing as the Western, but this genre is difficult to master as one can get caught up in the science, fiction, or fantasy details, and miss the story. That's why there's so much garbage out there - too much flash (which CAN be cool done correctly) and not enough substance.

Documentary - We know that this genre is popular (reality shows), but the historical documentary is a true art form. A well-done documentary can teach more info, reach more people, and do it faster than any class. If only all learning could be this simple.

Have I left one out? Oh yeah, Horror.

Here is a list of 10 horror movies that made me jump in my seat in the movie theater OR at home.

Nightmare on Elm Street - Saw this at a summer camp in 1986 with a bunch of other high-school kids. I was only 15 and had only seen two R-rated movies before (The Terminator and Purple Rain). I figured this would be my third. Big mistake. The Terminator was thrilling, but Freddie Krueger? Not Cool (that means scary) I wasn't prepared for the trippy, dream-like sequences, and the chases. I thought I was dreaming and wouldn't wake up. The sequels that followed are mostly a joke, but when this movie first came out, it was clearly the king of all horror movies.

Salem's Lot - Stephen King's book has had a couple of film treatments, but this first one came on television as a mini-series when I was a wee child. If you've seen it, let's just say the scene where the vampire comes through the kitchen floor, THROUGH the kitchen table . . . NOT COOL.

The Descent - 6 women go spelunking in an uncharted cave and find they're not alone. Sounds simple but the only things scarier than what they find down there were the claustrophobic shots of them getting trapped in really tight places. This movie is really disturbing. I highly recommend!

The Ring - "7 days." It still sends a chill up the spine. And if you can actually sit there and tell me the last scene with the TV didn't have you screaming out loud - check your pulse. Very not cool.

The Sixth Sense - M. Night Shyamalan's first and best film - but Mischa Barton gets the credit for scaring the crap out of me. I'm sorry but the scene when the kid first meets her, vomiting, I wanted my mommy really bad. And then she grabs his leg from under the bed - HELP!

The Grudge - Laugh if you want, but that first scene in the attic is NOT COOL. And the Japanese girl's EYES? They haunted me for weeks after I saw it, and don't get me started on the little boy popping up everywhere.

Arachnophobia - Why I saw this movie when I already have a fear of spiders, I don't know. I suppose it's because I saw it with my best friend, Gus, and he, being a friend, would comfort me through this trauma. Of course, that did not happen. Rather, at the perfect moment when everything was going bananas on screen - spiders everywehre - Gus placed his full hand on my shoulder.

I have never used physical violence to hurt someone. At least not until that day. Not cool.

Misery - Can we just say the hobbling scene?

Pet Semetary - I saw this the day it came out at a large movie theater here in Boston which doesn't exist anymore (Cinema 57 anybody?) It was sold out and the only seats left were the FRONT ROW. My friends and I sat down, and if you don't know this film, let me just say that there's a scene with an 18-wheeler truck and a 1-year old baby on the street. Enough said.

I have never heard screaming like that - the audience went berserk! It was so bad that I missed the next couple of scenes of dialogue because people were still laughing and screaming.

That's right, laughing and screaming. I guess the answer to the question about horror movies is: actually, people like to be scared. Isn't that true? We like ghost stories and scary movies because when we're afraid, our heart beats faster, our adrenaline gets going, and watching all of this fear of pain, gore, and death, makes us feel . . . .

These and other questions answered by

i would add 'child's play' to that list. dolls coming to life to kill people? freaky.

i also remember watching 'children of the corn' as a very young kid. don't remember anymore what it is about, but to this day i have spine-tingling sensations when i think of it.