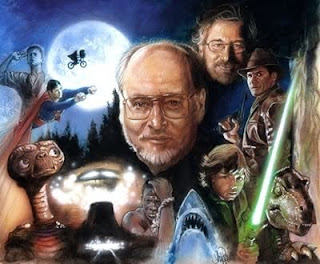 Usually I write once in July - here you go. I've been so busy trying to finish creative work on two CD projects, that I have not had time to write, though I have had lots of time to think. My wife and daughter went to NYC for the July 4 weekend and saw Disney's Mary Poppins on stage. It was the highest quality production, and the best parts are of course when Mary Poppins flies - it's so cool.

Of course, I am a sucker for all things flyng. I've had so many dreams about flying, I've lost count. And if you ask me what superpower would I take if I could have only one - you guessed it.

I'm sure I'm not the only one. We are a race full of people wanting to fly. It's proved in movies and in music. So, here is my top ten list of songs NOT necessarily about flying specifically - but songs that MADE ME FEEL I COULD FLY.

10. "Breaking Free" from High School Musical - SHUT UP! No, you shut up. SHUT . . . UP! No, you shut up. Sorry everyone, yes it's corny, but effective. "We're soaring, flying . . . " is composed in a way that immediately makes the listener want to do just that. Haters can hate, but don't miss the beauty in the creation.

9. "I Can Fly" from Peter Pan - Probably the first movie I saw where people were flying. This song is burned in my memory as well as the images that accompanied it. Even though they used fairy dust, all they really had to do was BELIEVE they could fly and . . . voila.

8. The Flying Theme from E.T. the Extra Terrestrial - If you were a kid when you saw this, you KNOW you agree. This is movie magic. You literally feel like you're rising out of your seat when the kids take off on their bicycles. And John Williams - the master of all flying music - hit it out of the park with this one.

Hey you! Yes, you listening to that song. Wipe those tears away, and take to the skies! You're flying.

6. "I Believe I Can Fly" from Space Jam - If this song didn't touch you when you first heard it, check your pulse. I believe R. Kelly will be remembered for a lot of things (no comment), but fortunately for him, this is his greatest legacy.

5. "You Are the Pan" from Hook - Peter Pan, after years of being an adult and forgetting his identity, finds his joy, and his ability to fly returns as he remembers who he truly is. John Williams AGAIN with the score magnifique. Probably the best flying sequence in movie history.

4. "Believe or Not" from The Greatest American Hero - This TV show was on when I was a kid and it was about an everyman who finds an alien suit that gives him amazing powers. The one which was the hardest to master? Flying. This was a running gag on the show that I just love. However, though the TV show was not that successful, the themesong was the #2 song in the country. It was certainly my favorite song, and now you know why. It's still heard today in pop culture in everything from the Family Guy to Hollywood.

3. "Wake Up" from The Matrix - Rage Against the Machine is not the band you first think of when thinking of songs about flying. However . . .

Remember the last scene of The Matrix when Neo steps away from the phone booth, looks up to the sky, and then, BAM!!!!!?????

I can no longer listen to that song without trying to jump and take off into the sky myself. Mission Accomplished.

2. "Defying Graviry" from Wicked - Duh. Do I really need to explain why this . . . duh. If you have not seen the end of Act 1 of this show, YOU ARE NOT FULLY HUMAN!!!! COMPLETE THE TRANSFORMATION AND SEE THIS SHOW!!!!!!!

1. Main Theme from Superman -
Oooooh, wow, Funkyman. How could we ever have guessed this was your number 1? Woowwww.

Hey, give me a break - when you're the best, you're the best. John Williams AGAIN. The theme from Superman is not only the best flying song ever, it's the best MOVIE THEME ever. He captures the essence of the character in the music in a way unparalleled in movie scoring. Just imagine - if you heard this song, you would never have needed to see the movie to know what and who was being described. That is an amazing feat, and John Williams is underrated in this area.

John Williams is not the greatest composer ever. However, he has achieved a special succcess that only a few composers have. He has consistently inspired, whether musically or personally, MILLIONS of people with his work. And he will continue to do so for generations to come as long as these movies are viewed. That is a form of immortality. That is a form of COOL.

I met John Williams when I was 15, and I still have his autograph. He has no idea how much his music has inspired me and that he played such an integral part in making a boy want to fly - and eventually grow up to be . . .