In My (Short) Life 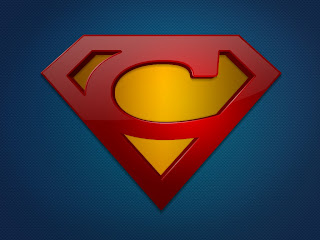 When I was 12, I had a difficult time imagining what it would be like to be 21.

When I was 21, I had a difficult time imagining what it would be like to be 40.

As I turn 40, I am having a difficult time imagining what I was ever imagining about. I'm still the same person. Yes, I've been through some changes, some setbacks, and some growth. But the things that make me David Freeman Coleman - my sense of humor, my love of music, my love for people, my desire to be loved, my "obsession" with the supernatural (both real and perceived) - will never change. They make me . . . me. And no matter what age I'll turn, those things always feel the same.

This Sunday, March 13, 2011, Funkyman will be 40. It's a fantastic milestone in one's life, and anyone older than 40 will tell you, 40 is the new 30. Bottom line is - life is short. Live it. Tell your story. And since this is the Adventures of Funkyman - for the first time - like sands through the hourglass - here are the major milestones that have made up the fabric of my life.

BIRTH
I was born on Saturday, March 13 in 1971. My mother recounts that she was told she was having twins because she was carrying so large. You know it's not frightening how little doctors know, it's frightening that they make judgments and inform patients despite how little they know - but that's for another blog post. I digress.

Obviously, I wasn't twins. Either the doctors were wrong, or I ate my twin! Right!? Crazy.


CHURCH
Anyway, my father, who due to hospital rules back then was not allowed to see the birth of my older brother, was allowed to see mine. He recounted that he was so moved by watching me be born that he decided to pay God back by joining a church and attending regularly. My parents joined St. Thomas Church in Memphis, Tennessee, and my Catholicism was born.

Though I am not a practicing Catholic, I certainly claim it as part of my identity. It was both the foundation for my personal relationship with God as well as the driving force that made me want to leave the Church forever. Fortunately, I learned not to equate the Church with God. Since we are the Church, you can't leave it. Hypocrisy doesn't reflect on God, it reflects on Man. The name of my ministry group, Confirmation, is based on this revelation. But, I digress. Anyway, my first role models were priests, and until age 16, I wanted to be one. Thanks Father Jim and Father Lenny for being great examples of love.


EDUCATION
That church was partnered with a K-8 school - Father Bertrand Elementary. After attending Montessori School, I skipped Kindergarten and entered the 1st grade at 5 years, 4 months old - relegating me to be the youngest person in my class for the rest of my school career. I stayed in Catholic schools from grades 1-12, attending Christian Brothers High School. I turned 17 in March of my senior year, which means I was 16 when I got accepted into college in December of 1987 - Boston University. Ah, glory days.

I've had a diverse education. Father Bertrand was 100% African-American students and African-American history was infused into the curriculum of every subject. Christian Brothers High School was 95% Caucasian students and an all boys' school. Boston University represented over 100 countries in their student body. My best friends to this day are Filipino and Jewish (separately) - this would not have occurred in Memphis. Moral to the story - leave home. No, really . . . RUN! Seriously, if you live somewhere that does not have a diverse community, then you owe it to yourself to experience other cultures and perspectives. It is through education that we learn how to truly love one another. But I digress.


MUSIC
I chose BU because of my experience one summer at the Tanglewood Institute of Music. I studied piano from age 6, and had a piano lesson every week for 15 years. When I was 15 years old, I was accepted to the piano program at BU Tanglewood Institute, and I finally decided that music would be my life's main pursuit.

In my first week at Tanglewood, I hung out with the other piano majors, and all we did was talk about music. When I hung out with the composers, they NEVER talked about music. I found myself hanging out with them more. I laughed more, I learned more, and I found people to talk about my obsession with the X-Men. It's no mistake that after my 2nd year of college, though I had been accepted as a piano major, I switched to composition. It was a more diverse way of expressing myself. Let's face it, it's hard to comment on the state of the world with a Clementi Sonatina. I liked BU because I had the opportunities to study other subjects outside of music (like English and . . . you guessed it - writing!). You see music was always important to me, but not as important as . . .


FAMILY
In my senior year of college, I met a young woman who was participating in a concert I was doing. She was reading poetry for an orginal composition, and I was performing my piano/violin Sonata con-Fusion. We met again a few months later after I graduated, and I became the director of the BU gospel choir. She was a member of the choir, and I had a strict policy about not dating choir members. Well, not so strict . . .

We will be celebrating my 40th birthday this Sunday in the homeland of my favorite composer, Mozart. We'll be in Austria with the Chamber Singers from the Dana Hall School as we embark on a concert tour for one week, visiting both Salzburg and Vienna. I'm sure I'll have plenty to write about that adventure when we return.

So, no posts for two weeks Funkyville. I look forward to writing again, but I'm looking even more forward to . . .

I saw some very interesting posts here. You are very enthusiastic about blogging. I started blogging sometime ago. I look forward to a very nice blogging experience here. It was a pleasure to meet you. I’ll follow you now. Bye!