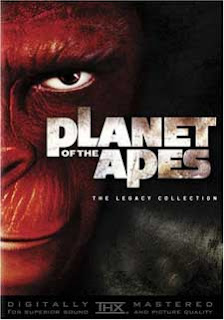 There are so many things going on in the world. Here are three:

1. America is broke. Well, America was already broke, but now we officially have a label to contend with.

2. London riots. I find it funny that when African-Americans riot, we (they) are viewed as barbaric and primitive people with chips on their shoulders, but when other people riot, it's social insurrection due to injustice. Hmmm. Or . . . do . . . I have a chip on my shoulder?

3. Rise of the Planet of the Apes opens to favorable reviews.


It's not often that I will stay on a singular topic for two posts in a row, but since it is summertime and there are so many movies I want to see and have seen, the topic of prequels comes to mind (thanks to you Geoff!)

Who invented the prequel? Seriously if anyone knows, please comment. I do not believe that it is a construct of the 20th century, and that surely long ago the literature genre must have conceived the idea of fleshing out backstories to explain a character or event that captured the imagination of the audience from a previous work. And while I'm sure prequels have had their share of success and struggle in the world of novels and theater, there is nothing quite like the movies.

Young Einstein = Fail. Young Sherlock Holmes = Win. (LOVE that movie, and no - not a fair comparison!)

That being said, the question I was asked is: Funkyman, what say you about Rise of the Planet of the Apes?


Funkyman: Hey you, what's up?

You: London riots, man it's crazy.

Funkyman: I know. You know I find it funny that during the LA riots following Rodney King, black people were viewed as primitive and barbaric, but people are sympathetic to the English people committing crimes in the streets.

You: What did you think of Rise of the Planet of the Apes?

Funkyman: That's racist man! The LA riots were in response to the ignorance of police violence and . . .

You: No, I mean the movie! Dude calm down!

Funkyman: Oh, my bad. I think I have a chip on my shoulder. Where was I? Oh yes, movie review.


I have to say that judging a movie on its own is different than judging it in the context and/relationship to a larger story and previous established material. So let's look at the movie on its own first.

The science fiction premise of a drug that can enhance the intelligence or "repair" the brain is pretty cliche. However, with James Franco playing the scientist, John Lithgow playing the Alzheimer's-ridden father, and Andy Serkis (of Gollum fame) playing the chimpanzee, they make this story glorious to watch. The acting is great and the story is well-told, taking us from the laboratory, to a suburban home, to a penitentiary for monkeys. The progression of the ape, Caesar, from a curious child to a focused yet broken-hearted leader is the heart of the movie, and if it weren't part of a larger story thread that leads to the great original Planet of the Apes, everyone could go home happy.

Which brings us to judging it as part of the larger story. Let me begin by saying that the original Planet of the Apes starring Charlton Heston is one of my 10 favorite sci-fi movies ever. It is poignant, original, and brilliant. Part of the poignancy is that it addressed several current social, religious, and political concerns - one of them being the threat of nuclear war. (Spoiler alert) For most of the movie, we believe that an astronaut, Charlton Heston, has landed on an alien planet where humans live in submission to more intelligent apes, but in the end we learn that he is actually on Earth post nuclear-holocaust. Therefore, we now know at least part of the backstory of how this role reversal occurred.

Enter our new movie, supposedly a prequel to this story. In Rise of the Planet of the Apes, the same drug that gives the apes the ability to have advanced intelligence is simultaneously some kind of lethal virus for humans, and at the end of the movie we are treated to a map of the world where we see that the virus spreads throughout the entire planet - insinuating that humans were destroyed not by nuclear weapons but by a contagion of mass genocidal proportions.

Whereas the premise of the original relied heavily on idea that man's pride, violent nature, and failure to tolerate difference to be its downfall, our new film has erased that premise and replaced it with a fable with "don't be cruel to animals" as its moral.

As a movie, I think Rise of the Planet of the Apes is a win. As a prequel, it certainly is a fail. And yes, it's possible to be both when you think about it.

As for the sequels to Planet of the Apes:

You can see a parallel between the plot of these older movies (almost 40 years now) and what the new film tries to present, but it would serve them well to not advertise the new film as a prequel but rather an homage, because it pays respect to these old films by referencing some of the themes. It does not give backstory and explain anything in relationship to the story we already knew.

As for Tim Burton's 2001 remake - I'll save that for a blog about movies that should not have been remade.

I promise next week - no movies. Maybe.


You: What did you think of Cowboys and Aliens?

Funkyman: For the last time, the situation in Arizona and New Mexico is very serious. It's not fair to sum up our immigration problems as some silly comic book title.

One distinction that can be drawn between rioting in the United States and Britain is access to guns. During the Watts riots, 34 people were killed. 53 people were killed during the '92 LA riots. 3 people have been killed in London.

Other than that, though, there's certainly no argument that much of the popular depiction of the LA and Watts riots is racist, and if you have a chip on your shoulder, it was well earned.