I Was a Teenage Judy Blume Fan 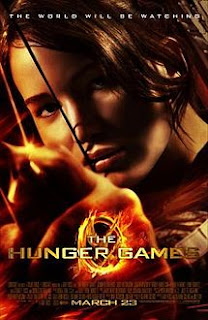 It has been so long since I posted, I know. Since my birthday last month, so many epic events have occurred worthy of writing about. Hmmm, which should I choose . . .


a) Tufts University Third Day Gospel Choir Tour in New Orleans, LA! - We were on TV and there was an alligator on my head. True. 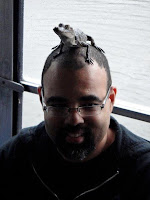 b) REJOICE! GospelFest at Dana Hall School - 7 schools came together and had an epic concert and workshop experience. 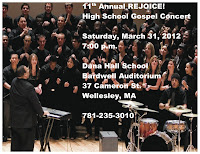 c) Trayvon Martin & George Zimmerman - Jumping to Conclusions and Failure of Due Process for both Trayvon AND George have created nation-wide arguments centered on race.

So, it's not often I read books these days. One would imagine with the amount I run my mouth and write on this blog that I'm an avid reader. Well, I used to be. For more on how I lost my fire for reading, click here.

These days I read about one or two books a year, which is horribly sad, I know. However, I use my brain so much for creativity during the year, I think I deserve a pass. Nevertheless, my wife again was responsible for getting my reading going again. She had heard through friends at work about The Hunger Games and based on my love of sci-fi and fantasy, she thought I would enjoy and bought me the whole 3-volume set for Christmas. In anticipation of the movie being released in March, I finally began reading during Spring Break and found it to be a fun, quick read. It is so refreshing to read about a female character facing choices with REAL moral ambiguity - the ANTI-BELLA.

I have not read the Twilight series. However, teaching at an all-girls' school, of course I knew of its popularity. When the first movie came out, my students went crazy. TEAM EDWARD!!! And because of my intuition, even though I dig vampires and werewolves as much as the next fan, I avoided the film in the theaters. Months later, it landed on HBO, and against my better judgment, I allowed my DVR to record it one day, and I finally sat down to watch it. Here are some of Edward's dialogue about Bella:

"I don't have the strength to stay away from you anymore."

"I hate you for making me want you so much."

"You don't know how long I've waited for you."

"I can't ever lose control with you."

The reason these quotes stood out to me is because while Edward is this tall, dark, mysterious man who catches Bella's attention - Bella herself is self-admittingly bland, boring, quiet, and not striking. Yet HE IS OBSESSED WITH HER IN A STALKING KIND OF WAY. And don't even get me started on Jacob's whining.

I found myself turned off by the intensity of this romantic storyline with a female character so not worthy of all of the attention she was receiving. However, millions of female fans can't be wrong, right? Right? Anyway, back to our regularly programmed adventure of Funkyman.


Currently, I am in love with some television shows with great, strong female lead characters:

Once Upon a Time (ABC) - If you haven't seen this yet, SEE it. From the writers of LOST, it is some of the smartest and most clever storytelling on television, AND all of the characters that anchor the story are female with fully imagined personalities, insecurities, and strengths.

Game of Thrones (HBO) - Talk about strong female characters! Daenerys Targaryen goes from submissive wife and sister to straight-out badass in one season - amazing! And don't get in Lady Stark's way. OR Cersei Lannister's! "POWER is power." Best line ever. But back to the Hunger Games.

One of the things I enjoyed about the book was the main character, Katniss and the love triangle that she's forced into in order to save her life and everyone close to her. Katniss has an everygirl quality reminiscent of Harry Potter - a kid leading an unextraordinary life suddenly thrust into being the central figure in a raging battle with thousands of lives at stake. And to make it fun, we get a well-crafted love dilemma for a girl who has no real desire to be in one. Unlike Bella, we can totally see why someone could fall for Katniss.

So, I finished the book and headed immediately to the movie theater. But wait . .

Those girls look familiar. Are those . . .

Are those my students from Dana Hall??? It was only then that I realized that I was caught up in the fanatic craze shared by millions of middle school girls.


"Mr. Coleman! Are you going to see the Hunger Games?"


I just smiled and went in with 10 of my students and enjoyed the movie. I have often pondered why I'm drawn to stories about females. Is it because I'm aware of the commonly sexist portrayal of women in movies and television? Is it because I am consistently surrounded by girls educating themselves to fight against stereotypes and be considered as individuals? Yes, strong women are always noteworthy, but my recent affection for the Hunger Games and my run-in with pre-teen students reminded me of something from my childhood . . .

I was addicted to Judy Blume books.

Yes, I know we all read Tales of a Fourth Grade Nothing and Superfudge. But, I'm talking about ALL of Judy Blume's books. Imagine an 11-year old Funkyman walking around reading Are You There God? It's Me Margaret, Freckle Juice, Deenie, Blubber, Tiger Eyes, Then Again, Maybe I Won't, Otherwise Known as Sheila the Great, It's Not the End of the World, and others.

Why would a pre-teen boy be so interested in the tales of girls going through life changes - from body image, to puberty, to divorce?

I still don't know exactly why. Judy Blume is a great writer. She was my first favorite author. But it's true that my parents and friends often asked what connection I had reading first-person accounts of a girls' first period. I guess I enjoy the inner monologue, the window into the mind of not only a girl, but a fellow kid growing up. I liked that Judy Blume gave me insight into how girls think and experience school, family, and friends. I think that because of Judy Blume, coupled with good parenting from my mother (strongest female character I know) and my father who taught me to treat every woman I meet as my sister, that I saw girls as fellow people rather than simply the opposite sex.

The Hunger Games achieves this same result, and its why I believe a man or a woman could get wrapped up in this story with equal delight. I'm sure that author Suzanne Collins would state that Judy Blume's books are part of her early reading and influenced her writing. Couldn't we imagine as a subtitle for the Hunger Games - "Are You There God? It's me, Katniss."?

So hats off to Judy Blume. I know she still writes, and I believe she is 74 years old. I pray she lives to see many, many more.

May the odds be ever in her favor.