A "Negro" National Anthem - What's up with that? 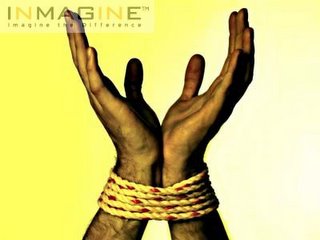 That is a quote from a caller to a talk-radio station who just discovered there's a song considered to be the "Black" National Anthem. The host of the show didn't know either and asked people to call in with info. Then callers started calling about how they think it's a Negro Spiritual, and how it's sad that there are two Americas, and why do these people have their own anthem? I wanted to scream.

Here I go getting serious again.

But, if you need to ask the question "Why do we need Black History month?" then you answered your own question. I am fed up to the teeth with idealism run amuck. Of course everyone wants to be treated as an individual without prejudice. Of course we want to live in a color blind society. But guess what?

WE DON'T. Don't believe me? Just when do you think the Civil Rights Act was passed - two hundred years ago? Nope. In fact, some of the same people who fought for that act are still alive, and some of the same people who opposed it are too. Some of the same people who were indifferent are alive as well. All of their legacies live on in them, their children, their friends, and in their own writings and expressions. This is NOT ancient history. Heck, even the Declaration of Independence, which WAS written two hundred years ago, proves that we don't live in that ideal world. Emancipation was just a fulfillment of that promise, and the Civil Rights act was just another. If we live in a color blind society - if "all men are created equal," - why do we need to keep restating with Emancipation and Civil Rights what the forefathers already wrote?

It is so important not to forget. I too want to see the day when Black History will just be part of American History, but I don't think I'll get to. Unfortunately, I don't think my daughter will either. In the meantime, we have to not be stupid enough to think that because the Civil Rights Act was passed in 1963, we can start over from scratch. There are people out there who don't know one Civil Rights figure other than MLK, and even more who don't know more than his "I Have a Dream" speech. To give you an idea, about 90% of all civil rights struggles in this country had already occurred before he made that speech. There is so much more to know, and so much more to fight.

So, enjoy the month and learn something new. I'll try to be funny again next time.
Posted by DavidColeman at 12:03 PM