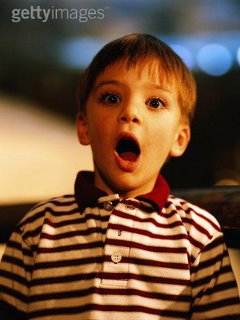 This is the look on the faces of hundreds of high-school boys that I performed in front of today.

I direct choirs at an all-girls' school in Wellesley, MA (link on your right), and we have a gospel choir. We were invited to sing at a Black History Program at a neighboring all-boys' school (I'll leave the name out to protect the innocent.) There are three huge differences between our two schools. The first is obvious - gender. The second is religious - the boys' school is Catholic, we are nothing. The third is artistic - their school has no choir, ours has 5. However, I thought that being this was the gospel choir and they're Catholic . . . well maybe . . just maybe . . . they'll get into this. Right?

WRONG. Man, you would think the fact that I myself am a product of a Catholic all-boys' school education would have prepared me for this, but I have never performed in front of a stiffer crowd than this. Upon turning to the crowd and saying "Wave your hands in the air, and wave 'em like you just don't care! If you're gonna be blessed in 2006, somebody say 'Oh Yeah'!", most people would reply "OH YEAHHHH!" Not these guys. How can I describe the looks on their faces?

I thought they were going to disappear by sheer will power. Really. I would not have been surprised if random boys started disintegrating into thin air one at a time, simply because they wanted it so badly. Mind over matter, you know.

Anyway, that was an adventure. Quite different than Confirmation at Pingree two weeks ago. Last week Confirmation sang at BB&N, and this week we're singing with the Dana Hall Gospel Choir here at Dana Hall. A good time will be had by all.

Knowing your audience is very important.

Dana Hall will raise the roof.
Posted by DavidColeman at 4:26 PM