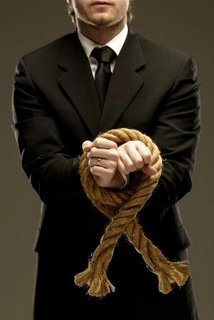 Apologies for the heavy, serious blog. Eat your fiber, though. It's good for you.

They say confession is good for the soul. I've chosen today to be the day I confess 5 of the worst things I've ever done.

Now that I have your attention, you may be wondering why I'm doing this. It's simple. I'm not perfect and neither are you. While I've done some really nice things in my life for other people, I've done some pretty bad ones too. What does that add up to? What does it all mean? Well, this will not get religious, but each man/woman has to decide that for her/himself. I do believe that everything happens for a reason. Enough - to the list!

1. I threw a rock at a kid when I was in 4th grade. It hit his head and he bled quite a bit. He did nothing to me to provoke the attack. I just did it. I still feel bad about it. Why did I do it? Don't know. Stupid.

2. I stole a pack of Life Savers candy from a gas station when I was in 7th grade. I still feel bad about that too, but not as bad as the time . . .

4. I lied to a college professor to get her to drop me from the course without a grade. I didn't like the class, it was boring, AND I wasn't doing well. Not a good combination. I felt I did what I had to do, but I still feel bad about that one too.

5. I went to Chinatown with a bunch of my friends after a late night of studying and watching Eddie Murphy's Delirious. When the waiter took our order, as we remembered Murphy's routine on Chinese Food and how people make fun of Chinese waiters, we began to laugh uncontrollably. It is probably the singularly most racist thing I've ever been a part of. We chalked it up to being tired, hungry, and silly. But in the end, it was just rude and wrong.


You're either saying, "Wow, I didn't realize what a jerk you were" or you're saying "That's not so bad. I've done way worse."

If you said the former, please know that I try to live my life asking for forgiveness from people I've wronged. These 5 things still haunt me because I cannot ask their forgiveness. I have no way of finding them. (The college professor is impossible to find.)

If you think that these things aren't so bad, maybe you should check yourself out. Not only is stealing and lying bad, it's symptomatic of what's wrong with the world. We are constantly rationalizing and forgiving seemingly small things that end up amounting to a lot more.

Bottom line is forgiveness is the healing power of the universe. (Here comes the religious part.) I can ask God to forgive me, but it would be His will that I make amends in person while I'm still alive. The moral to the story is, handle your business while you have the chance.

If you can die knowing that every wrong you KNOW you've committed has been forgiven because you were truly sorry, you will have lived an amazing life.

Holding on to secrets is prison. Hell is not asking for forgiveness for wrongs you've done. The human soul doesn't do too well with that burden.