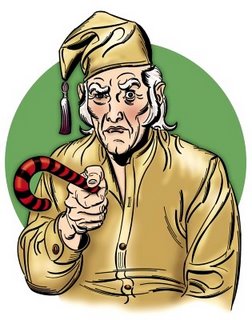 Oh no - another serious blog! Uncle Robbie, here's my sermon. :- ) But read anyway and hope you learn something. If you already know everything below, you should probably be spending your time doing something else like . . . writing a blog. :-)

Hello everyone. If you've been reading this blog for a while, you know that my favorite holiday is MLK's birthday. Look up the January archives if you missed that entry. My reasoning for that distinction is that it seems there are two kinds of celebrants on a holiday - those who understand why they're celebrating, and those who don't but celebrate anyway. MLK's birthday is one of the few, maybe the only one, where everyone understands why we're celebrating.

But who really knows what Valentine's Day is? Who can celebrate the victories of July 4 without recognizing the horrible consequences of those victories? Who or what are we celebrating on Presidents' day? Aren't Veterans' Day, Memorial Day, and Patriots Day kind of similar? Is Mother's Day the only day you do something nice for your Mom? Is Thanksgiving about being thankful and eating food, or about the beginning of a Native American holocaust? But anyway, to the subject at hand. My least favorite holiday is . . . Christmas.

Don't get me wrong - if you celebrate Christmas and enjoy it, God bless you and your family. And ignore what I said before - you don't actually HAVE to know the history behind a holiday to celebrate it or enjoy it. However, for those of you like me who do care why you recognize certain things, riddle me this Batman . . . What is Christmas? Here are possible answers:

1. The Christian celebration of the birth of Jesus.
2. An non-religious observance of the winter solstice, practiced long before Christianity existed.
3. An almost wholly invented American tradition translated from an English one, involving wreaths, trees, gift giving, peace and harmony.
4. A time where people go nuts trying to shop and figure out "What am I going to give her? him?"

The correct answer is . . . all four. Do some reading and you'll see that Christmas is an amazing amalgam of secular and sacred influences that are almost impossible to separate. But attempts at separation are abound in this season.

We have religious people screaming "Jesus is the reason for the season!" and getting mad because it's "becoming secularized and commercial." However, history proves that Christmas from its inception in the 5th century (that's right - Christmas wasn't invented until 400 years after the death of Jesus) was purposefully celebrated in December so that people would embrace it, because they already recognized and celebrated the winter solstice - the dark part of the year as we prepare for the light of the new year. Early Christians "sold" Christmas to the world in order to popularize it. How's that for commercializing?

(NOTE: Christmas IS too commericial, though. Can we agree? Great. Let's move on.)

Religious early Americans banned Christmas, espcially after the Revolutionary War, because it was an English holiday. It didn't become a federal holiday until 1870 and authors Washington Irving and Charles Dickens almost are completely responsible for the rest. Their stories of Christmas have "literally" shaped our ideas of what Christmas should really be about - peace and goodwill towards all people and the focus on children - and future Americans helped turn it into the holiday we now know. How ironic is it that Scrooge, a character who hated Christmas, had so much to do with how we actually celebrate Christmas?

But while religious people want the focus to be on Jesus, we also have the flipside - there are people who believe that all parts of Christmas are religious - the red and green colors, the tree, the carols, etc. - and that it is all a religious holiday. WRONG AGAIN! As stated before, a simple research will show you that the religious and secular influences on the holiday are quite different and come from different places. The tree, the wreath, the ornaments, the lights, Frosty the Snowman, etc. have absolutely nothing to do with religion. Yet, there are those who consider these things to be "religious" icons and want them banned from the town square because they want separation of church and state. I believe in the separation of church and state too, but throw the baby out with the bath water?

Even Santa Claus isn't safe! Did you know that St. Nick, Kris Kringle, and Father Christmas are three totally different people from three different countries? St. Nicklaus or Sinter Klass was Dutch, Kris Kringle was German, (both real people) and Father Christmas (not real) is English. All three are smashed together to make what we call Santa Claus - an amalgam of religious and secular figures!

How are we supposed to separate these ideas? We just can't have it one way. Some focus on the religious, some focus on the secular, some do both, some do neither - "HEY! It's my holiday, and I'll celebrate it the way I want." Right?

Well, that's why it's my least favorite. There's no "right way" to do this holiday, which to me means a lack of understanding about what it's about by the people who celebrate it. I don't know whether saying "Merry Christmas" is going to offend someone, but I say it anyway, because there is no malice in me saying it, and contrary to popular belief, you don't have to be a Christian to celebrate it or recognize it. I find it ironic that people replace "Merry Christmas!" with "Happy Holidays!" when the root of the word "holiday" is "holy day." So much for secularization. And while the phrase also tries to be inclusive of other holidays celebrated during the season, there is no question that the other holidays are celebrated without all of the glitz and glory that Christmas is. Hanukkah is a simple celebration humbly celebrated by those of the Jewish Faith - no commercialization, no confusion. What else is there - Kwanzaa? Don't get me started. I mean nice idea, but name one person you know who actually practices this. If you don't know the Nguzo Saba, I suppose it's good for presenting those principles, but do black people really need this? No disrespect.

Enough. By the way, as you know, I'm Black and Christian. I celebrate Christmas with my family in a religious sense, and that's my own choice. To all of you fellow Christians who can't accept the real history - both secular and sacred - of this holiday, lighten up. Celebrate it your own way and let others do the same. And to all those who want to erase references to Christmas in public forums - you lighten up too. Remember we have freedom of religion, not freedom from it. Don't you have something else to do? Multiculturalism is not the recognition of what makes us all the same. It's the celebration of the beautiful things that make us different. Just because you're not a Christian, why take offense at the symbols? To quote the great Rodney King . . .

Peace, love, and Merry Christmas! (Yeah, I said it!)