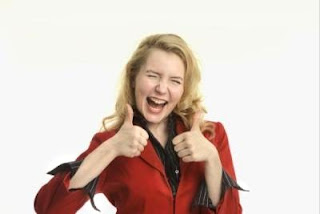 The following is not prejudice. It is a comment. There is a difference.

It is not prejudiced to comment that a lot of black people like chicken. It is prejudiced to assume a black person likes chicken.

Therefore, my unprejudiced comment is that the media seems to have an obsession with blond white girls.

You know, if you asked me a few years ago if the media had an obsession with blond white girls, I would have said not really. I mean, I know that there have been very famous and popular blond stars (Marilyn, Farrah, Bo, Suzanne Somers, Suzanne Somers? Anyway), and that there are stereotypes surrounding blond girls about them having more fun, about them being dumb, etc. But a media obsession? That would be going too far.

Riddle me this, Batman: Is Britney Spears the only celebrity in rehab? Is Anna Nicole Smith the only Playboy centerfold who died this year? Is Madonna adopting children really that big of a deal? Is Paris Hilton the only blond girl who isn't nice? Is Nicole Richie the only actress starving herself? Is Nicole Richie even a celebrity? WHAT HAS SHE DONE? WHY AM I FORCED TO READ HEADLINES ABOUT HER? I'm just a little upset.

This is a tired and very obvious rant. With all that's going on in the world, why is it when I go to the grocery store (which I do almost every day), the only stories in my eyes' view are about Britney shaving her head? Hey, I'm not suggesting that tabloids write about the war in Iraq. But aren't there more stories than these? I know what you're saying - Angelina Jolie! But she wouldn't be in the news half as much if she weren't involved in the Brad/Jen love triangle (both blonds). I will not overanalyze why this occurs.

Did you know that R&B star Brandy is up on vehicular manslaughter charges and could go to jail for a very long time? 30 Rock Star Tracy Morgan just plead guilty to DUI? Snoop Dogg's in court - AGAIN? Can we have some diversity in the tabloids?

Listen to how crazy I sound. I sound like a scene from Do the Right Thing.

"I need more black people in my dirty tabloid headlines! Where's Macolm and Martin now? Hey Mooky, put some extra cheese on that slice! And Sal, we've been living and working in this country for 400 years, and I ain't leaving until we get some brothers in the Enquirer!"

This has nothing to do with black and white. All I'm saying is there are other stars, white, yellow, tan, brown, and black, with just-as-crazy or even more crazy lives than Britney's. There are much more tragic deaths than Anna Nicole Smith's. And someone please tell Lionel Richie to get his daughter a bagel and peanut butter.

I mean, hello? Gollum much?