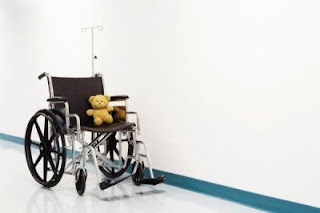 It's actually taking a lot of energy for me to sit up and write this blog, but I know that Funky-nation can't go more than two weeks without a blog entry, so you're tireless servant is here to save the day.

On Tuesday, I got a phone call from my daughter's school that she woke up from her nap and began to projectile vomit. We rushed to pick her up, took her home and she spent the rest of the day doing more of the same. No fun. In 24 hours she was fine.

Now I think I have it. How could this happen? How do viruses fly through the air into my nostrils? Why is the sky blue? Well it actually isn't blue, David, it's just our perception of . . . anyway! It was rhetorical!

So, rather than blab on with more schizophrenic freestyle prose (is that redundant?), I'll write some accounts of my favorite sick memories. I will preface this by saying that the following depictions are mildly disgusting but funny, so if you're human, you'll understand.

NICHOLAS NICKLEBY
Ah, yes . . . Dickens great story of a young man coming into his own. This surrounds one of my fondest memories of being sick. I had a virus and had to stay home from school. My parents left me at my grandma's house. Ah, yes . . . Grandma's house. Nice and cozy and warm. I got to spend the day in my pajamas with no one around except grandma's TV. Ah, yes . . . Cable. A BBC mini-series dramatic production of Nicholas Nickleby was on, and I spent the day and evening watching it. To top it off, my Grandma made me an entire pan full of her special jello - strawberry jello with pecans and mixed fruit. I made myself a serving and it felt so comforting, so soothing, that I had another and another until I ate the WHOLE pan.

The first rumble in my stomach was audible. Then another came and it scared me. Suddenly, I realized that - "Hey, I'm sick." I ran to the bathroom and proceeded to return all of Grandma's special jello, nuts, fruit and all into the toilet via my mouth.

Today, I cannot read or watch Dickens without thinking of Jello.


BEETHOVEN
When I was a senior in college, I had to give a full solo piano recital. I played Dello Joio, Beethoven, Liszt, and Coleman (of course). I was also very sick. One of the cool things about being a pianist is not having to worry about getting sick. It's not like singing or playing a wind instrument, because you're only using your hands. Well, this particular day, I had a runny nose, but it wasn't dripping too badly. That is, until the concert began.

There I am in my tuxedo, a concert hall with a full audience, and my nose full of liquid. So I go out and play the Dello Joio. I make it through and run off stage to blow my nose. As I come back out, I remember that the Beethoven sonata was twice as long as the Dello Joio. And sure enough, during the 3rd movement, here comes the long drip out of my nose onto the piano keys. I couldn't wipe it off because both of my hands were quite active. I just prayed no one could see, which the audience confirmed later that they did not. However, it became very difficult to concentrate on my playing when I had a string of mucous extending from my nose to my hands.

Today, I cannot listen to or play Beethoven without thinking of Kleenex.


CINNAMON LIFE
Good cereal! Man I used to love cereal. USED TO! I was in Vermont with my comedy troupe, Guilty Children, and we were staying at a house and doing shows for a local kids' summer camp. I was starving, and I hopped in my car to buy some cereal and milk. CEREAL AND MILK, baby. What's better than that? Yeaaahh. I took it back home, poured myself THREE bowls and was in absolute heaven. HEAVEN! I realized that I had to run back into town to buy more milk. So I hopped in the car and was on my way. About halfway there, my stomach turned upside down. I wasn't sure what was going on. But I did know I had to turn around and head home. To make a long story short, this was the day I realized I was LACTOSE INTOLERANT!!!!!!

Today, I cannot look at the cereal aisle without thinking of Vermont.


I DO
On my wedding day - yes, my wedding day - I woke up sick as a dog. I had been fine up until then. WHY NOW? I could barely stand out of bed. Lucky for me, all details were done and all I had to do was put on my tuxedo and get to the church. By the grace of God, I made it through the ceremony and the reception, but it's all a blur. I was so delirious that it still feels like a dream. I'm going to go check my marriage certificate again - was it all a dream? Anyway, our honeymoon in St. Lucia made me heal pretty quickly.

Today, I cannot think about getting married without thinking of my wife. (Awwww)

Well, I covered vomiting, diarrhea, and snot all in one blog entry. Not bad. The body is a funny thing. Take care of yourself.