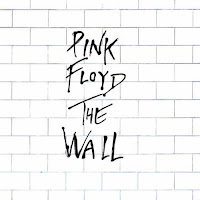 Hello, and welcome to part 2 of my blogs on music. Oh yeah, and Happy New Year too. Enough! Music!

Today I will discuss my 10 favorite albums of all time. Note I do say favorite this time, because unlike the individual songs discussed last week, I still hold these albums to be my favorites. Why? A great album is a greater achievement than a great song because it's impossible to have a great album without more than one great song. So here's the Funkyman top ten albums of all time - in my opinion.

10. Whatever and Ever Amen - Ben Folds Five
Every fantasy I've ever had of being a singer/songwriter is fulfilled by Ben Folds on this album. I've idolized Billy Joel, Elton John, and Stevie Wonder my whole life, but Ben took those influences and simplified the true essence of a man and his piano. Backed by just a bass guitar and drums, Ben Folds' songwriting is on display here, and it's a doozie. He manages to blend jazz, rock, pop, polka, and ballads into a euphoric listening experience ripe with hooky pop melodies and harmonies. I can listen to this album all day and night - and I have.

9. The Fragile - Nine Inch Nails
Trent Reznor is the mad scientist of NIN, and he's a very dark person. However, he is one of the few true geniuses of our age when it comes to music. This album is so huge in its scope that it's difficult to write about. The composition, the sound palette, and the pure rage make this album a tribute to the idea of the concept album - first heralded by the Beatles. But man, this ain't the Beatles. Unlike Ben Folds, this album is difficult for me to listen to all the way through because it's so heavy and thought-provoking. I actually regard it in the same reverence as I do great classical works.

8. Back on the Block - Quincy Jones
Quincy Jones is not just one of the true geniuses of our age, he's the leader. We will never be able to repay him for his gifts. So many of us owe our own musicianship and simple love of life to what he's created. This album is no different. Pulling together dozens of artists to make this masterpiece in the 90's, there is almost every kind of music represented on this CD - rap, jazz, R&B, acapella, funk, pop, etc. When I made my own CD, Spirit of the Minstrel, this is what I was subconsciously channeling.

7. Apocalypse '91 - Public Enemy
This is by far my favorite rap album of all time, which is a difficult label to live up to. Like I wrote a couple of weeks ago, I love thousands of songs. However, if one album were to be labeled as the one I've listened to the most, the one I've memorized every word to, the one I've analyzed the most - it's this one. Chuck D is a prolilfic thinker and writer, and Terminator X is one of the most experimental rap producers ever. This is an experiment that succeeded.

6. Black on Both Sides - Mos Def
I have often said that I love Hip Hop but tire of rap. There is a difference. The prince of this difference is Mos Def. He embodies intelligence and self-awareness in the rap community, and he does it with amazing creativity, humor and just awesome music. This album is a tour de force. It honors the old school and is at the same time definitely new school. It will be very difficult for him to ever top this effort. It's his Purple Rain/Thriller. Wonder why this is #6 while I said #7 Public Enemy's was my favorite rap album? That's because this album transcends rap. It's a great album period.

5. Untitled - The Artist formerly known as Prince
Speaking of Purple Rain, I believe that Prince is the most gifted artist alive. He is our Mozart. We will be studying his output for decades after he leaves us. This album is just perfect. He was quite upset that he did not receive the response he thought it deserved, but if Prince ever reads this - I responded. I love this album and I bow to your music majesty. The first song is "My Name is Prince" which is a bragadaccio song about being amazing. Normally this would come off as pretentious from anyone else, but Prince is probably the only man alive who can get away with it. He acknowledges God as the king. He's just Prince. You gotta respect that.

4. Synchronicity - The Police
I have every Police album. I love them all, but this is so outside of their norm that it deserves mention. When the Police began, they basically knew three chords, but they were so tight, they made great music. Listening to their growth over 5 albums is a revelation. Synchronicity is filled with so many different sound landscapes that it's breathtaking. Sting really came into his own as a songwriter, but he could not have made this album without this band. It's like watching your favorite cartoon - pure joy.

2. The Marshall Mathers LP - Eminem
Nothing could have prepared me for the genius of this album. Yes, it's vulgar. Yes, it's filled with homophobic references. Yes, it dramatizes a murder. I'm sorry, it's true. But I'm also sorry that this is the most well executed and precise collection of beats, rapping, and raw energy I've ever heard. Call it therapeutic. Call it alive and breathing. Call it what you want. It's a lot of things but a bad album it is not. I don't want to meet Eminem or be his friend, but I call 'em like I see 'em. Don't hate.

1. The Wall - Pink Floyd
And finally, number 1. Pink Floyd's The Wall is at the top of the list because these guys did something I didn't think was possible. They made a double-album where EVERY SONG ON IT IS AMAZING. There is no weak link. I have never heard an album, including ones on this list that didn't have at least one song that I didn't think was all that. I was 15 years old when I discovered this album. I saw the whacked-out movie with some friends and was hooked. The album is way better than the movie by the way. It tells the story of a rock star whose personal life is a mess (drugs, failed marriage), and we get to go back to his childhood to learn about why. Every episode and person in his life is a brick in the wall of his life. The most famous song is probably "Another Brick in the Wall pt. 2" with the chorus "We don't need no education." But this is hardly the most impressive song on the album. I still love "Comfortably Numb" and "The Trial" but then again, I love them all. Listening to it is like watching a movie as each song blends into the next non-stop. Some will wonder why "Dark Side of the Moon" isn't on this list. True, that album is equal or greater in its respect from the world, but The Wall touched me more personally and therefore, became my favorite.

I remember being 15 again, discovering the dilliegence and hard work that goes into creating something like this album, and I still marvel at the product, which continues to impress decades after its initial release. At a time in my life when it felt like my wall was crumbling, escaping to this album was one of the things that got me through. Thank you Pink Floyd and all of the other artists who make life sweeter and more colorful by reaching out to us.