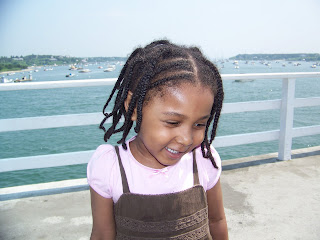 I am so weary of the election coverage, so I'm going to spare you the political rhetoric and talk about something really important:

My daughter is almost exactly 4.5 years old, and she is a renaissance girl already. I do not write this to brag, but I think sometimes my friends and colleagues would believe that Aimée is involved in so many activities because her parents want her to be. The undeniable truth is that she loves . . . everything (like Palin reads . . . everything). Here is a list of her activities and interests, and I personally don't think they're that much at all, but of course, I'm Funkyman. Shut your mouth, Mozart and Prince - no one was even talking to you.

SCHOOL
O.K., this is the one thing in which Aimée has no final say. Even if she didn't like school, she'd be going. However, I don't have that issue because ever since she was 2 years old, all Aimée has talked about is school (like Obama and Bill Ayers). She had a backpack in the shape of a school bus, and when we bought it for her, she put it on, opened the door to the porch, and we were like "Where do you think you're going??!!"

"School" she replied. And it's been that way for 2.5 years. Now that she's actually in school, she looks forward to every day. I do wonder at what stage this will turn into the redundancy and dread that most American children suffer, but maybe that time will never come. I'll take this one day at a time.

Oh, yes, and she lives for homework - and the school doesn't even give homework. We had to create some at home for her. So every afternoon, she's working on math, science, and reading with Mom - all HER ideas, not ours. She just can't seem to wait to grow up.

I should be afraid. Very afraid.

DANCING
"When's dance class?" "Is it today?" "Papa, when can go to DANCE CLASS?"
These were the chants all last year as we prepared to enroll Aimée in the Boston Ballet classes for young people during the summer. It was only two weeks, two days a week, but Aimée was hooked. When it was over, she said "I want more dancing." (Kind of like how McCain dances around questions.) So, needless to say, we tried to help. She now takes ballet classes every Saturday morning for 45 minutes at the Boston Ballet School. She is smiling ear-to-ear. How can we say "no?"

SOCCER
This girl is obsessed with soccer. And yes, they do have soccer programs for 4-year olds. It's quite hilarious, actually, but some of those kids are pretty good. The two coaches are great with the kids, and they're teaching them great lessons for that age - listening to directions, sharing and passing the ball, taking turns as goalie - and last week they played their first game - all the kids (about 15) against the two coaches. You have never heard such glee coming from children (except when Biden cancels an appearance). Again, how can we say "no?"

THEATER
Another summer program Aimée tried was a theater workshop, and they put on a 20-minute musical production of "The Jungle Book." Aimée was Shere Khan, the tiger. (What? Why do they have my daughter playing the evil character? Racism!!) When it was over, again, she's says "When's the next rehearsal?" She wanted to keep it going so once a week she has play rehearsal for "Sleeping Beauty" which actually goes up today. In fact both my parents are in town to see the show. She plays Malificent, who I think is the good witch . . . . . . wait . . . . . . I'm googling it now . . . . . . Malificent . . . . . . is the . . . . . . EVIL witch? Racism! (Call Jeremiah Wright!)

Bottom line is, she's happy, and she herself chose these activities. What else is our job but to teach her to be a citizen of the world and provide for her to the best of our ability? As long as this stuff is pretty inexpensive (it really is), we'll keep it up. (God knows nothing in Congress is cheap.)

I hope you've enjoyed this politics-free blog from the Adventures of Funkyman. 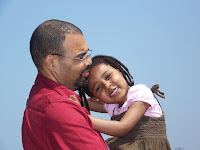 Posted by DavidColeman at 9:30 PM

We can give testimony to the unstoppable energy and desire for learning. We might be tired, but Aimee's schedule is the stuff President's are made of. You go girl(:>
Love Grandma Ronnie and Uncle Bennie