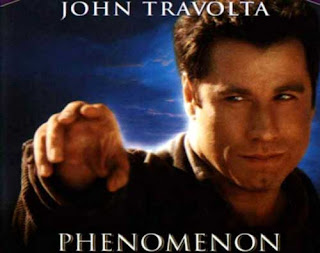 I cry at movies. Deal with it.

Anyway, now that we've dispelled that myth (you're welcome), as I said, I cry at movies. Not every movie. But, sometimes, I just can't help it. If they're done well, and presented correctly, movie scenes can tap right into that place in your heart that you try so hard to cover up. Here's a list of ten movies that made me cry like a little baby.

August Rush - You will find a theme in these examples - Family and True Love. This one has to do with family. A little boy (musical prodigy at that), separated at birth from his mother believes with all his heart for 11 years that his parents are calling to him . . . and he's right. The journey he takes to find them is exciting and scary, and as the mother and father (also unfairly kept apart all these years) find each other, they also find their son, and all in the space of a single song (that the boy writes himself), they go from being three lost souls to - a family. Get the Kleenex!

The Joy Luck Club - OK, if you didn't cry at this movie, you are NOT a "real" woman. OK, I'm not a woman, but I digress. Again, plenty of scenes to grab you, but my favorite is the speech June's mother gives her towards the end - "I see you." If you don't know what I'm referring to - see this movie. Again - family.

Schindler's List - OK, if you didn't cry at this movie, you are NOT a "real" human. OK, I'm not a . . . oh yeah, I am. I don't think I need to explain why this movie would make anyone cry, but the scene that grabbed me the most was at the very end when Schindler is lamenting not having enough money to save one more person from the Holocaust. The families just look at him and say, "You've saved us." Man, I was done. Way too heavy.

City of Angels - Another critically panned movie (August Rush was no critical darling either), this Nicolas Cage/Meg Ryan love story caught me on the wrong day. Have you ever had that happen to you? Well anyway, Nicolas Cage plays an angel who chooses to become mortal so he can have a life with Meg Ryan, and one day after they're together, she dies. The remainder of the movie is Nicolas Cage trying to deal with the loneliness and pain of being mortal . . . and alone. I was an absolute mess. The moral of the story of course is, it's better to love for one day, than to spend eternity without. True love gets me again.

Mr. Holland's Opus - I cried two times in this movie - one was for family - when Mr. Holland sings to his deaf son, to show in that moment that he really does love him despite doing a poor job as a father. AHH! Get the Kleenex again! The second time was of course, the end where all of Mr. Holland's students come back to celebrate his life - that's neither family or true love, but being a music teacher who wrestles with life choices (read my last few blog entries), you can see why this makes me cry EVERYTIME I watch it. Absolutely beautiful.

Mulan - Another movie I cry at EVERYTIME I watch it is Mulan. An underrated Disney film with some of the best Disney songs in the repertoire, the scene that gets me is when Mulan presents her father with the Emperor's medal after being away so long fighting a war against Genghis Khan, when she could have been killed for impersonating a man. Seeking his forgiveness for running away and possibly dishonoring the family, she says "Father, this is the greatest honor in China." He drops the medal on the ground and grabs her saying "The greatest honor is having you for a daughter." Believe it or not, I'm crying right now typing this. Give me a second to continue.

Awakenings - OK, I'm back. Whew. Anyway, we're almost done here. Awakenings is a Robin Williams/Robert De Niro movie about a doctor who finds a temporary cure for patients who are stuck in a catatonic state. While they're recovery is miraculous, they find out all too painfully that it is temporary. Robert De Niro plays a character who is awake just long enough to - you guessed it - fall in LOVE! NOOOO! The scene where he's trying to have lunch with this girl while he has uncontrollable spasms was too much for me. Robin Williams' character is buried in his work the entire movie and at the end, because of what he learns from his patients, goes on a date with his assistant. More true love? So beautiful!

Phenomenon - Last on the list but the one that I can't watch without crying like clockwork. This John Travolta movie is about a man who begins to have advanced brain activity - all the way up to telekinesis - only to find out he only has days to live. The scenes that get me deal both with True Love and Family. But I won't spoil this one. This is one of my favorite movies because it so beautifully depicts how we should live our lives every day - celebrating love and family.

Give me a call if you need Kleenex.

I'll see your Mulan and raise you an Ernest Goes To Camp. Thaaaaaat's right.