The CD is Nigh! 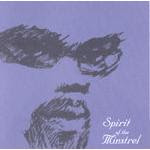 Last week I wrote that I was not interested in pursuing fame. While that is true, that doesn't mean I don't like performing or sharing my gifts with the world. It's impossible to reach your fullest potential as an artist if you don't take the risk to share what you create. Besides all of the work I do with other people, there are a some songs that I keep for myself as a solo artist. And when those songs reach a critical mass, it's inevitable that I create a CD of the work. Here are my past solo projects:

"Feelings"
In 1988, I came to Boston to attend Boston University and I drove up from Memphis with my Mom with all of my stuff - keyboards and drum machines included. I set up my two keyboards, drum machine, sequencer, and 4-track recorder. In the last two years I had taken to songwriting as an interest, but I had written no songs with words - only instrumental compositions: synthesizer fantasies that were influenced by the music and movies of the day - hey it was the 80's! And then, enter Amanda. . .

Amanda was a girl that was in my freshman English class. Long story short, I asked her out, she said yes, called her up to plan, she said no. Typical story for any man out there reading this who ever had to ask ANYONE out. Dealing with rejection becomes part of the plan of life, but for me, it was the first time. That's right, Funkyman did not date in High School - another blog for another day.

Anyone, I took the rejection pretty hard and suddenly had all the inspiration I needed to write 8 songs about it, including the first song I ever wrote with words - "I Don't See What You Don't See In Me." I will spare you a copy of the lyrics, but you imagine they're pretty embarassing. The other 7 songs were instrumentals, but they told the story of me coming to college, meeting Amanda, getting rejected, and then having to deal with the pain. The whole thing was about 45 minutes long and I gave cassettes to my friends and family - that's right cassettes. CD's were just coming out and even then, there was no such thing as CD-R's or even computers that could read them.

Feelings was the best name I could come up with because really that's what every song explored - Joy, Love, Pain, Despair, Insecurity, and the Courage to carry on - yes melodramatic, but I was a 17-year old kid dealing with infatuation. And really, the project wasn't about Amanda - it was about me. The album was my way of getting the attention I needed after being denied. It worked.


Gospel
Between 1988 and 2000 I was a prolific songwriter, and almost every song I wrote had lyrics. My songs fell into two categories - gospel or not. Almost all of the gospel songs were performed by choirs I directed, and that's still true today. I've written very few gospel songs that I perform alone, and definitely not enough to fill an album. However, I have recorded 6 albums worth of gospel songs over the last 15 years. The "not" songs are a random collection of musical theater, rock, pop, R&B, and rap songs that have been used in many projects and collaborations. The best of those ended up on . . .


"Spirit of the Minstrel"
Available for sale here! Spirit of the Minstrel was my first CD project that featured the varied styles of writing I was doing, and how many piano playing rapper/singers are out there? I'll wait . . . exactly. I thought I had a niché, but again, the idea of performing consistently never enthralled me, so I never pursued the sale of this project. However, I'm very proud of it nonetheless. It explores my interest in heroes, and quite obviously on this project, Superman. If you don't know about me and Superman, click here. I also coined my alter ego on this project. Yes, in 2002, I officially proclaimed to the world that I am Funkyman.

It's been 7 years since that CD was done. I've been busy doing the Funkyman thing, but haven't had lots of time to focus on being a solo recording artist, especially since the birth of my light - Aimée. That is, until now . . .

"The Adventures of Funkyman"
The CD! I've written 8 songs with 2 more left to finish! I'm very excited about this project. Just like my blog, this album deals with a little bit of everything, both serious and not-serious-at-all. Because you are loyal readers of my blog, I'm going to post a song for the first time in the 3-year history of this blog. Find it below. I hope you enjoy!

And look out for the finished project towards the end of the year!

And all we are is trying to find a way to survive
In a world filled with so much war, hate, and lies
All we are is crying out, dying out, trying to shout
There has got to be a better way

I could take a grain of sand, close my eyes, make a wish, and hold it in my hands
Blow once and hope twice that the wish'll come true, but we both know it won't right?
But I know some people hoping for change in just the same way
I know the end is just the same.

And all we are is waiting for that day to arrive
When we are able to appreciate all life
'Cause we are tired of pain, tired of tears, work in vain
There has got to be a brighter day

We are in control of choosing how we live
And we are trying to maintain self before we give
But we are running out of time to doubt, figure it out
One day soon we just may be too late . . .