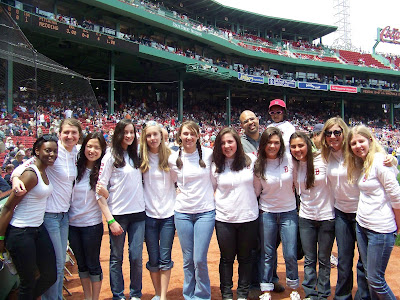 I have heard my entire life that the media is biased.

"There are good things that happen in the community too, but the news won't cover that."
- said almost every day in the inner city

"How come everytime a politician makes a mistake, he's a politician. But when a black politician messes up, he's the 'African-American' Mayor?"
- said after the Marion Berry debacle

"Why is Al Sharpton so mad, and what does he care? What's the big deal? Imus insults everybody, including himself!"
- after the Imus misogyny and racial slurs (Al Sharpton doesn't control the media BTW. If he did, they would bring light to the 100 good causes he speaks out for on a weekly basis - and I am no supporter of Al Sharpton)

"Man, that's messed up - the media made it sound like he killed somebody or something!"
- said by anybody watching the OJ Simpson murder trial who also happened to be brain dead.

True or not, the media is not completely to blame. There are several factors that contribute to them having to exit the school of journalism into sensationalism. The biggest one is that WE WATCH. It doesn't take a rocket scientist to know that when there's an accident on the highway, the ensuing traffic is because everyone wants to see tragedy in real time. The media is not mindlessly feeding on this. We ARE the media.

That being said, I recently have been upset by some of the recent coverage of the flu epidemic and how it's affected our communities. Here are some things the media really likes to make fun of:

Organized Religion
There is no shortage of news stories when anything bad happens inside, outside, or concerning a church. For example, the top news story on Monday was "Police Officer Attacked in Church." The story reads that an officer was responding to what sounded like a fight inside a church, and when the officer approached, two people attacked the officer. You would think by the headline that these two people were members of this church during an actual service, but by the time you finish the article, clearly this happened after hours, and these two people neither belonged to this or any church. Made for a good headline though. It got my attention. The question is, of all of the disputes police broke up on Monday, why was this the lead story?

Do you know how many lives are transformed in church every Sunday? Do you know how many millions of stories there are of people surviving and conquering abuse, addiction, oppression, incarceration, and violence every day, thanks to our local church? Where are these stories? Of course, we love to know the church's political stances on abortion and gay marriage, and we love to read about the holocaust for little boys in the Catholic Church. These things are very important, but come on - a little balance please.


Private Schools
Yes, the media thinks that people who go to private schools have a high opinion of themselves - so let's GET 'EM! Last week when several schools closed for a few days due to the number of absences due to illness, I heard on the radio "Boston Latin School, Fessenden, Winsor School, and the PRIVATE DANA HALL SCHOOL all closed." Umm . . . last time I checked Fessenden and Winsor were pretty private. And why is that even a criteria for the story? What's the difference between public and private in this story since the list included both?

I then get a call from a reporter at the Boston Globe - "Hi, we're doing a story on school closings and want to know if your Chamber Singers still plan to sing the National Anthem at Fenway Park on Sunday." Huh? Why do you need to know that? I mean, the only way you know we're singing at a Red Sox game is because it's on the website, so you KNOW we're going to sing, and if we weren't going to - WHAT BUSINESS IS THAT OF YOURS? The Red Sox is a private organization and they can get anyone they want to sing the anthem. Why do you need to report that? We've sung the anthem for 3 years, and NOW the Globe needs to know.


Celebrities
Why anyone would want to be famous in this day and age is beyond me. Fame for 1 percent of the celebrities is awesome, but for the other 99, it's a train wreck. And the second something looks out of place in your life . . .

ACCESS HOLLYWOOD
"Tonight, we learn that OJ Simspon probably DID kill his wife." Whoa! Really? Is that news? Do I care that this week's blond teen celebrity had a bad night with drugs and alcohol? Do I care that Brad Pitt and Angelina Jolie snubbed Jennifer Aniston? Do I care that Oprah's school for girls had a sexual misconduct case? Do I care?

But somebody must, otherwise they wouldn't keep covering these stories. Like I said, WE are the media. Truth is at the end of the day, if we want the media to "cover" better news, we have to stop reading and buying the bad stuff. You've already begun that journey by paying your weekly visit to