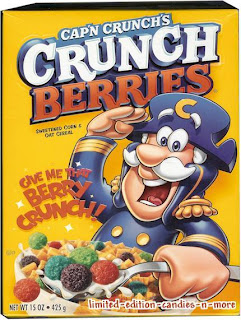 Thought I was gonna punk out, huh? Nope. I'll do my best to keep it going. Of course, loyal readers know that summertime is guided by what movie is out that week. So far, I've been so busy that all I've seen is Star Trek, and I have to say I enjoyed it, though I know a few people who were disappointed. Those who were are people over the age of 30 who seem to expect more complex storylines and socially conscious plots. My response is, "Whatever happened to just being a fun movie?" Of course, their reply is - "That's fine - but Star Trek has too much history being a ground-breaking, thought-provoking vehicle of sci-fi. Of course we expected more." And to that, I grant you your valid opinion. However, I still thought it rocked. Here's why.

I like to check my mind at the door. Yes, sometimes I like to see movies that are thought-provoking, but it's MAY MAN!!! SUMMER BLOCKBUSTERS BABY!!! Name me ONE Summer blockbuster movie that was deep and thought provoking. I'll wait . . .

Exactly. Star Trek was billed as a summer blockbuster - not the ultimate Trek fantasy. Mission accomplished if you ask me. I doubt we're going to see finer entertainment the entire summer, but then again, the summer is young.

In other news, a woman sues Capn' Crunch cereal makers because she believed for 4 years that Crunchberries were made with fruit.

I'll pause for a moment.

There are just not enough words to express how insane this case is, but worse than the plaintiff is the lawyer who actually went to school, passed the bar, and took this case to court. Did you know this same lawyer tried to sue Kellog's for false advertising with Froot Loops? Did you know that Froot Loops are not made with fruit? SHOCKING.

Now of course, the judge threw the case, the lawyer, and this woman out of court, because it's so ridiculous. However, the woman and the lawyer were serious. They felt they had a point. Therefore, it got me to thinking. What other cases could they come up with if this is their criteria for a lawsuit? Would they sue Boo Berry, Franken Berry, and Berry Berry Kix for the same reasons? Maybe if we try hard enough, one of thesee lawsuits will stick, and PAYDAY BABY!

Here's my list of why I should sue the makers of:

Batman cereal - Your honor, for years I ate this cereal because I thought my parents' would get killed in an alley and I would become a billionaire martial artist. I'm asking for 16 million dollars for emotional damages, and because I've given up on the pursuit of being a billionaire. I'll take being a millionaire.

Cocoa Pebbles - Your honor, I present to you that this cereal led me to believe that I was eating chocolate flavored rocks, when indeed, there were no rocks at all. The box clearly states 8 essential vitamins and MINERALS. False advertising! 35 million in reimbursement because while they are not rocks, this cereal is the BOMB! I consumed quite a few boxes.

Grape Nuts - Your honor, General Mills needs to answer for the creation of this cereal because it's just NASTY! 80 MILLION! PLEASE!

Trix - After years of studying for my school spelling bee, it was down to me and that girl who won the Scripps Howard this year. The word was "tricks." You can imagine what happened next. I need 100 million dollars for pain and suffering.

Lucky Charms - Your honor, in all my years of patronizing this breakfast cereal, a leprechaun has never granted me a wish. Some lucky charms! Yes sir. Excuse me? Yes, I did eat the purple horseshoes. Yes sir, I indeed ate the pots of gold. I'm not a fool. Sir, let's not belabor this point, yes I ate the red balloons, leprechaun hats, shooting stars. YES I ATE THE HOURGLASS, TOO - NO LEPRECHAUN! I REST MY CASE!

If you choose to pursue any of these lawsuits, by law I would receive 50% for giving you the idea. Please forward any monies you would make from these cases to