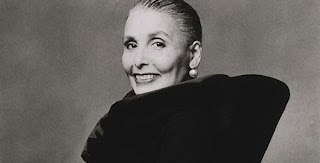 Lena Horne died last week at the beautiful age of 92 - same as my grandmother who passed last year. Though my grandmother was not an internationally acclaimed movie star, Tony award winning actress, or world class singer, they did share many things in common.

Despite their struggles, they lived exceptional lives - lives that have affected so many others. As I reflect on the power of the life of Lena Horne, I remind myself that she was part of the promise. What is the promise, you ask? The promise is . . .

As I type this blog from the four walls of Study Hall, I find myself surrounded by the promise - young women in their teens preparing their hearts and minds for the journey ahead. At home, I share space with my wife and my daughter - and as I make this revelation, I understand my purpose in life.

Keeper of the Promise

I am not the promise. No man is. Yes, we are often bigger, stronger, and faster, but those genetics are pre-ordained for good reason - our job. Our job is to be the keepers of the promise - protectors of the true cradles of life, helpers to the nurturers of children, receivers of the well-spring of inspiration, witnesses to the beauty of creation, and partners in the walk of life.

Does this make women more important than men? Sorry to break your bubble, but yes. However, that is not an order of superiority - it is simply . . . order.

For a Christian analogy - When Jesus left and placed the disciples in charge of building the church, he gave them a job - being keepers of the promise. Jesus was the promise, and though it is a privilege to carry the promise in your heart, we will never be more important than the promise itself. It's the same for men and women.

Why do you think the Bible refers to men as the head of the household? This is commonly misunderstood as chauvinism and the purporting of the idea that men have more value than women. However, if you look closer, being head of the household means providing for and protecting THAT WHICH IS VALUABLE. It ain't about us - and any man out there who thinks he's the "king of the castle" - you're wrong. You're a servant to your spouse and children. As a matter of fact, you are the head servant - the head of the household. A steward if you will.

The Bible also says "Wives submit to your husbands" which again is misunderstood as women being subordinate to men. However, if men were REALLY doing their job of serving, this scripture would be understood as "Wives, allow your husband to do his service." This can only be misconstrued as sexism if men are in the dark about their true purpose.

I know what my purpose is now. I have been entrusted to be a husband and a father to a precious woman and a precious girl, and I am a teacher at a premiere private school for 480 more. And if my grandmother and Lena Horne taught me anything . . .

I know I wouldn't be here without my grandmother.

I know I wouldn't be at this job without Lena Horne. As an African-American, I am thankful to be able to stand on the shoulders of both of these giant women.

As a man, I am thankful to have such an honored task.

Men - do your job, and recognize what a privilege it is to be in right relationship with women.

thank you for this, David. you and your grandmother were one of the first things that came to mind when i heard the news. i miss you and mini-you, will you be around for graduation (or black graduation Friday night)?

Hi thanks for posting thiss