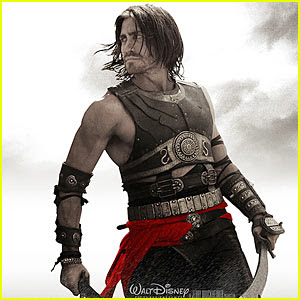 It's June Funkysapiens! Can you believe it? I'm a little late with my annual SUMMER MOVIE GUIDE, but here we go. This is not a complete list of films this summer, but ones I thought you or I might even consider to go to. The ones I definitely plan to see have an asterisk by the title. Enjoy!

*Iron Man 2 (May 7) - Unless you've been completely movie deprived, you've already seen this one like me. Not as good as the first, but enjoyable, especially if you saw it in IMAX, and especially if you savored every minute of the race-track fight sequence, which is the best scene in the movie, and unfortunately, at the beginning. Two points to Mickey Rourke for the believeable Russian accent.

Shrek 4 (May 21) - I have seen the first 3 Shrek films, but I hesitate to see this one, because it just feels so contrived. I know that sounds ridiculous coming from someone who just said he's seen the first 3, but that's my opinion.

*Prince of Persia (May 28) - Rotten Tomatoes gives it 40%, which is not bad considering it's a videogame adaptation. Who cares though - magic, swords, action? I'm THERE!

Sex & the City 2 (May 28) - My wife and I were fans of the show, but not a fan of the first movie. Can anyone convince me why I should see the sequel?

*Get Him to the Greek (June 4) - After a string of successful comedies he's already been in - Knocked Up, Forgetting Sarah Marshall, and Superbad - I WILL give Jonah Hill the benefit of the doubt and check this film out. Plus Russell Brand CAN be funny. Let's see boys.

Killers (June 4) Ashton Kutcher is not a sure bet in a film. Let's hope Killers is not referring to what this movie will do to the audience.

Marmaduke (June 4) - Do we need another family dog/comedy? Let's avoid this one. Marma - duck

*Splice (June 4) - This sounds so reminscent of Species, which was silly but cool. But it's sci-fi so I'll give it a shot. You know me.

*Karate Kid (June 11) - Jackie Chan is Mr. Miyagi. Hmmm. You know this looks contrived. You KNOW YOU WILL SEE IT. Hopefully we won't be let down. It just might be awesome.

*The A Team (June 11) - We have waited so long for this TV remake. I grew up watching the show, so of course I have high hopes for this movie. PLEASE DON'T LET ME DOWN. It has so much potential . . . to stink.

Rise of the Apes (June 24) - O.K. the original Planet of the Apes is one of the top ten greatest sci-fi films of all time. The 3 sequels were pretty much garbage. The recent Tim Burton remake was embarassing (outside of the make-up), and now this new one with little or no advertising. Do you smell something? Yes, it's this movie.

*Grown-Ups (June 25) - Adam Sandler, Chris Rock, Kevin James play childhood friends who get together with their wives and children - You had me at "grown."

Knight and Day (July 2) - Tom Cruise and Cameron Diaz in a spy flick. Can you say Mr. & Mrs. Smith? I pray this is not retread. Tom Cruise doth a good action film maketh.
But, I'll wait for the reviews before deciding to drop $11.

Predators (July 7) - Yes, ANOTHER Predator movie. However, this one promises to revive the spirit of the original. The director said forget the other sequels. I'm trying, sir. I'm really trying.

*The Last Airbender (July 9) - Based on the popular Nickelodeon animated show: Avatar: The Last Airbender, this movie has things working for it and against it. For it - a really cool story with good characters. Against it - a director whose last 5 movies have totally BOMBED. M. Night Shyamalan has a lot of apologies to make. Hopefully, this is it.

*Despicable Me (July 9) - Steve Carell as an animated super-villain? Yes.

*The Sorcerer's Apprentice (July 16) - Nicholas Cage as a sorcerer? OK, I'll go. But only because it's magic.

*Salt (July 23) - Angelina Jolie wearing all-black in an action movie? Well, she hasn't let us down yet. Let's go!

Beastly (July 30) - Disney's teen-version of Beauty & the Beast? I want to scream, but I'm actually looking forward to reading the reviews . . . and laughing.

Little Fockers (July 30) - Speaking of laughing, could this actually be funny? Robert Deniro and Ben Stiller at it again? Maybe . . . but comedy sequels rarely work.

Step Up 3D (August 6) - Throw Up 3D. I mean I like dance movies too. But dance sequels? The third one? Next idea, please.

The Other Guys (August 6) - Let it be known that I will see anything with Will Ferell in it. The movie might be bad, but he WILL make you laugh. That being said, this particular movie also has Samuel Jackson, Mark Wahlberg, The Rock, Eva Mendes, Michael Keaton, Steve Coogan, and Damon Wayans. Chances are, something good will happen. Chances are, something bad will happen, too. Maybe I should wait for DVD. Hey I said I'll see anything with Will Ferrell - not necessarily in the theaters.

*Priest (August 13) - The Catholic Church vs. Vampires? Cool, but isn't that the pot and the kettle? WHOA! Just kidding fellow Catholics! Learn to laugh.

*Scott Pilgrim vs. the World (August 13) - Michael Cera has to defeat all of his girlfriend's ex-boyfriends to win her love? And they are all superheroes? Two tickets please.

Takers (August 20) - The closer you get to the end of the summer, the more skeptical you should be about movie releases. Since it's an action-film, I'll list it, but man does this look like it could be bad. HOWEVER, it is an action-movie, and those are hit/miss. This one is a heist-style thriller in the vein of Heat - the greatest cops and robbers movie ever. For all I know, it just may be the best movie of the summer. We shall see.