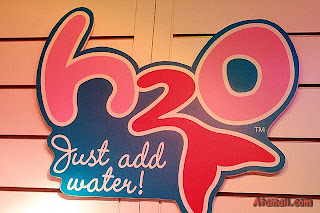 Hello Funkistines, it's been way too long. My weekly study hall rituals have been a little off, so I'm not writing as much. I promise to do better. There is so much going on in the world, and so little time to discuss it all! But rather than depress you like last time when I provided a not-too-flattering look into prejudice and discernment in America, I'll share an inspirational story.

In this life, we have many teachers - some in the classroom, some not. Which teachers are memorable for you? Do you have a favorite? I do. And you may think that my favorite teacher may have been a piano teacher I worked with for several years, or even a music teacher that inspired me to grow up to be Funkyman. However, I attended Christian Brothers High School in Memphis, Tennessee, and my favorite teacher was Dr. Frank Swicker - my Chemistry teacher.

I have two brothers, one older and one younger. They both graduated valedictorians of their high school classes. They both attended M.I.T. in Cambridge. They both majored in sciences. My wife has two degrees in Biology, and is currently pursuing a PhD in Microbiology from Boston University.

What happened to me? Let me explain.

When I say Chemistry was my least favorite class, I mean it was MY LEAST FAVORI - BLLEECCCHH!!!!!!!! I don't even like talking about it. I could NOT have cared less about the elements, how they worked together, or the history of the science. I had no intentions of pursuing science beyond high school, and I guess I should remember that when I'm teaching music theory to young people and wonder what they're thinking. Probably the same thing.

Anyway, I was a musician. By my junior year of high school, I was pretty active in Concert Band at school - playing both flute and jazz piano, Memphis Youth Symphony - playing harpsichord and piano, MMTA Piano Concerto Competitions - I made 2nd place in the State two years in a row, and I started a band with a good friend - playing synthesizer and rocking out to 80's songs (no it wasn't retro, it actually WAS the 80's) on the weekends. As a matter of fact, I would have to run to Chemistry class directly following Band rehearsal at school, and I was always the last one to class.

"Coleman, you've got your mind on saxophone!."

"Actually I play the flute."

Dr. Swicker was sarcasm personified. He was so sarcastic, that you couldn't get your feelings hurt. You just laughed.

"Coleman, put away that Mickey Mouse machine (calculator), and start using your head for something else besides a hat rack!"

"Any questions? No? So if I gave a test right now, everyone would get an A?" (Hands start to go up.) "That's what I thought."

He wasn't picking on me. He gave everyone a hard time. He preached to us about how he was scared for our generation because we relied too much on technology (ironic, since we had no real use for computers yet - what would he say today!). Even our labs were scary. He would walk around the room and you would pray to God that class time would run out before he got to your station.

"What are you two doing? It's a BUNSEN BURNER, not a CAMPFIRE! I swear you guys couldn't find your own butts with two hands and the lights on!" - Oh well, guess class isn't quite over yet.

Report cards came out, and when I got a D in Chemistry, it was a bad day. My father let loose on me and told me I didn't care and wasn't trying. The truth is that I didn't care but I WAS trying, and that's why it hurt. Dr. Swicker was teaching us Chemistry at a very advanced level, and even I knew we were covering more than what was in the book. Being so used to textbook style learning, it was difficult for me to think outside of the box and place these theories into practice.

And let's not forget the sleeping in class. Yes, I said it.

Dr. Swicker would turn off all of the lights, and give us a slide show - flashing bright lights accompanied by a soundtrack of a very uninteresting person talking about my favorite subject not. The recorded voice would pose a question and say, "Please stop the tape and discuss as a class." Yes, I fell asleep more times during these presentations than I should. One day, I regretted it.

"Coleman, what's the answer to the question?"

(everyone starts to laugh)
"Umm, I'm sorry I don't think I know the answer."

(everyone is laughing)
"Water, Coleman. H2O is water."

However, let me take a moment to thank Dr. Swicker. He was my favorite teacher because after that year ended and I became a senior, when Dr. Swicker saw me in the halls, he talked to me like we were old friends. He complimented me after concerts and congratulated me on my achievements in music. He cracked jokes with me, not at me, and was very sweet and approachable. I saw a side of him I had never seen while a student in his classroom, and I came to realize that he really did care. He wasn't some bitter old man. He was a veteran teacher, and didn't want us to fail. I'll always remember him as my favorite because of the contrast of who he was in class to outside. When in class, it was all business. Outside, he was kind and approachable. Both sides were nurturing, and I'll never forget it.

For our final exam, Dr. Swicker decided to give us the State Chemistry Exam issued by the Tennessee Teachers Association. He said our final grade on that test would be our grade for that marking period. He told us that if we didn't do well on this test, either he had failed us as a teacher, or we really weren't paying attention all year.

Thanks Dr. Swicker - you didn't fail.

how are you!This was a really brilliant website!I come from ukChristian Louboutin Sandal, I was fortunate to approach your blog in google

Hey thanks, i graduated in '95 and was trying to remember swicker's name, and this blog turned up for cbhs chemistry teacher.

He always used to amuse us by saying random shit like "that makes about as much sense as tits on a bull".