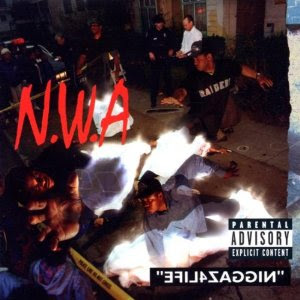 As we enter February, I am reminded of a common question I've been asked my entire life: "Why do we need Black History Month?" My usual illustration to help them understand is this: "Why did we need to march and fight for Civil Rights in America when the Declaration of Independence, written over 200 years ago, already states the ideal that all men are created equal?" The answer is that in order for an ideal to survive, people have to be actively teaching and sharing and not ignoring some of the darker truths about what it means to be human. The reason the words of the Declaration didn't settle it for human beings is because one of the things that makes us human is prejudice.

Prejudice is defined as "preconceived judgment or opinion." We are all capable of it, and that is natural. However, fighting prejudice is also natural. All of the advances we have made as a people have been because we have faced our dual nature - the ability to do wrong and the ability to fight it. The problem we face daily is that even though one may have knowledge of prejudice as a concept, it is difficult to recognize and label in our own lives, whether personally or in our family and friends. Even if we do see it happening, we don't want to admit that our social circle could be part of something that has been universally taught as evil. Therefore, it is allowed to exist, grow, and permeate our society right under our very noses. We stand against the concept of prejudice, without moving forward, away from its presence. We stand, but we stand still.

One of the things that consistently aids in the prejudice against African-Americans is the daily use of the "n-word." I do not subscribe to the belief that "nigger" is just a word. I have heard the theory from both blacks and non-blacks alike that if we allow it to offend us, we give it power. Well, words are only a vessel for thoughts, intentions, and actions. What are the thoughts, intentions, and actions behind the n-word? Well, they're not good. Feel free to look up the history of the word, and you will find its derivation (niger - "black"), its original meaning ("ignorant person"), and its use as the single most powerful and offensive slur in the history of the English language. So going around saying it all the time does not cheapen its power either.

We have watched two generations of African-American actors, comedians, and musicians use the word so freely that it has confused millions of non-blacks as to whether it is indeed inappropriate. Anyone close to me knows that I am a huge fan of Hip-Hop music. They also know that I abhor the negative images portrayed in the music, and the frequent use of the inflammatory words that have become so common in the culture. That is why I listen to and champion Hip-Hop artists that choose not to do this. They're out there, you just have to pay attention and not just blindly accept that the mainstream offers the only set of viewpoints that exist. No disrespect to N.W.A., but 20 years ago, when EFIL4ZAGGIN (read it backwards) went straight to #2 in its first week, I knew something was turning the other way. Actors and comedians are outspoken about their right to use the word freely without social criticism. I completely support the rights of Americans to have free speech. However, I was taught by my teachers, my parents, and countless role models that words have power. We cannot fully appreciate the gift of free speech without recognizing this truth.

I would love to live in a world that is color-blind, and I would love to be treated as an individual without bias of prejudice. However, since that world did not exist for my parents, I cannot pretend I now live in a world where that ideal will happen just because I desire it. I have to teach and share the history - the good and the bad - in order to build on the foundation laid by our forefathers. This must be done with intelligence and sensitivity. This is America. We have the right to say words. But in order for future generations to get the whole story, I would like to see the history of the n-word taught as something that was used to cause unmeasurable damage, and not dismissed as "come on, it's just a word - get over it." Let's say the word and teach, not use the word liberally and forget.

Black History Month is a great opportunity to teach and share history. It is a great opportunity to fight prejudice and the effects of ignored prejudice. It is a great opportunity to help us not to forget. Want to see the end of race as an issue in America? So do I - one step at a time, with intelligence and sensitivity. I am an African-American man, the son of two college-educated parents, and the grandson of four college-educated grandparents. What a fool I would be to ignore the victory that is my life because of the fighting done for me long before I was born? Even when Black History Month will no longer be needed to be recognized, and the contributions of African-Americans are fully realized into American History, I will still celebrate and remember - so that I will remain conscious of the prejudice that I am still capable of today and my human resolve to fight it.

Martin Luther King, Jr. said that "History will have to record that the greatest tragedy of this period of social transition was not the strident clamor of the bad people, but the appalling silence of the good people." Powerful words indeed.
Posted by DavidColeman at 12:06 AM

Anonymous said...
This comment has been removed by a blog administrator.
3:17 PM