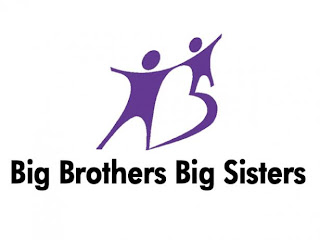 Q: How many different races of people are there in the world?
A: One - Human

Before I finished college I had a strong desire to join the Peace Corps. The idea of devoting myself to making the world a better place was overwhelmingly attractive to me. However, the biggest piece of advice I got was "David, there are problems right here in this city that could use your energy and attention." And they were right. While going to foreign countries to help is an amazing service, I was ignoring what was happening in my own backyard. I should finish school first so I can be a benefit to others then. Right? So I waited.

I finished college, started working full-time, and did service here and there, but not really that much. That's when I found out about being a mentor. Big Brother was a program that I had heard of but to be honest, felt I wouldn't do well at because I still had a lot of issues to deal with myself concerning my parents' recent divorce. I was moody and I didn't want a kid to have to deal with that. Right? So I waited.

About 5 years later, I was spending some time with a young cousin, who was 7 years old. He didn't live with his Dad and rarely saw him. One day while we were in the car, he was particularly very quiet and pensive. He broke the silence and said, "You're lucky." I said, "Why?" He said, "You live with your father."

That's when I became a Big Brother.

I called Big Brothers of Massachusetts Bay and asked about volunteering. When I had my interview, they were SO happy to see me. I asked why they were so glad, and they told me three startling statistics:

We are indeed only one race - human. However, if that's true, why do we allow our children to fail? This is where that other element we call "race" begins to stink. Taking ownership of my heritage, this means that my people are suffering from being fatherless, and those of us that could be volunteering to help - aren't. God bless all of the men that were volunteering, and yes BB was happy to match any child with any mentor, but the ability to match an African-American boy with an African-American man was a special occasion. Besides, some African-American man/father clearly had not been present in that child's life. Now someone would be.

One day, while spending time with my "little" brother, I asked him how school was. We decided to do homework together. And that's when I learned the scariest truth about the plight of young people. This kid was in the 7th grade and could barely add. He was struggling with the concepts of simple math. I got upset and frustrated and asked him, "How do you make it to 7th grade and not know this?" He just shrugged his shoulders and said, "I don't know. They just let me pass."

Q: What's worse than a bunch of young men not graduating from high school?
A: A generation actually graduating and yet not having an education.

Ladies and gentlemen, it's not just that kids are failing out of school, they're not being taught and being passed through the system regardless. I wanted to go down to the school and burn it down. But I decided to look that young man in the eye and say, "You need to know this. You can do it." That young man, Chris, graduated from high school years later, and I was glad to know that his future had not been ruined by teachers who did not care.

This is only one story of millions that happen each day when someone takes a few minutes to spend time to care about someone else. Children need role models. They certainly aren't going to get great ones from popular culture, and even if they did, they can't interact and talk to them directly. I wish I could have done more, and I still have the desire to serve and to share. In fact, I think I just did.

Posted by DavidColeman at 10:39 AM

We are so grateful to have you on our team, David!

If you have even the slightest incling to help, please contact:
Big Brothers Big Sisters of Massachusetts Bay
www.bbbsmb.org
617.956.0281