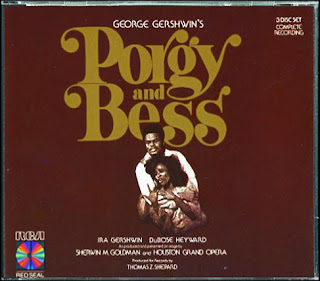 Believe me Funktions, no one is more aware of my lack of posting recently than me. I have started and stopped writing entries 6 times without finishing complete thoughts. Here's a sample:


ATTEMPT #1 - I was browsing through the Adventures of Funkyman, curious to see what I was writing about in May of last year. This week last year I wrote about a highly publicized celebrity marriage break-up caused by infidelity. Well here we are again. I'm not going to rehash what I wrote last year, but if you want to read it, click here. And to the Governator - it's not simply infidelity that destroys relationships and trust - it's secrets. To everyone else, keep it moving. NEXT TOPIC.

I'm sitting here in my last week of classes for the school year, meaning my last study hall, meaning the usual pause from updating this blog site. However, I intend to keep it going as often as I can, so don't fret - I'm around. This month has been bananas, as usual, but I just got finished doing a fine production of GUYS AND DOLLS with Dana Hall and Belmont Hill Schools.

It was an interesting ride - after doing two heavily music-driven, opera-like shows RAGTIME and RENT, GUYS AND DOLLS seemed an odd choice for many. In some ways, the show was easier musically, and in other ways, it was more difficult.

[never got to explain why - another time perhaps?]


ATTEMPT # 2 - As the academic year winds down, my thoughts are filled with memories of the many events I have been blessed to be a part of this year:

Here it is, finally. I can talk about this event and give it the coverage it deserves.


ATTEMPT #3
(Concerning the "well educated" woman on train) When will people learn? They say that integrity is not measured by what you do when people are watching, but rather what you do when no one is watching. In the digital age we live in, that "no one is watching" time BARELY EXISTS. People are watching you, and if you choose to have an outburst in a public place, consider yourself recorded on video.

Click HERE if you have no idea of what I'm referring to.

Robin Hood - finally saw Russell Crowe's version - OK, but not what it's advertised to be

Where the Wild Things Are - Compelling, but kind of scary

Thor - Brilliant in that they took a cartoon about the Norse God of Thunder wearing a silly hat with wings living near a rainbow bridge and made it both watchable and fun. Special kudos to Anthony Hopkins as Odin.

Bridesmaids - Not for everyone, but certainly for me. HILARIOUS!!!!

Salt - Angelina Jolie in a surprisingly GREAT action film. She's not finished yet.

Catfish - A documentary/narrative about the dark side of online relationships. It will blow you away. Check this out.

X Men First Class - Best movie I've seen all summer, though I had some major X-Men Geek issues - like the death of Darwin, Kevin Bacon's take on Sebastian Shaw, the evil Nightcrawler dude, and who is tornado-hand guy? Other than that, BRILLIANTLY done.

Super 8 - People are raving about this movie, but since I've seen all of Spielberg's movies, this paled in comparison. I can appreciate it was done in homage to movies of the past, but quite honestly, the movies of the past were better. That doesn't mean this was a bad film, just didn't live up to the hype.

Green Lantern - Buy a ticket, get some popcorn, and enjoy this. Otherwise, you'll be sorry. Not much else here.

Hangover 2 - Being panned because it's "so much like the first one." Well DUH???!!! I thought it was hilarious - again.

Cars 2 - Wow, I didn't think it was possible - Pixar's first actual FAIL! Where was the touching story? Where was the character interaction? Where was Lightning McQueen? If they wanted to make a movie featuring Mater, it should have gone straight to video. End of review.

You: How can a job be a vacation?


What began as a leisurely summer has morphed into an opportunity to work as a rehearsal pianist for a new production of George Gershwin's Porgy & Bess, reimagined as a musical theater piece, and starring none other than Audra McDonald. The cast is ultra-talented and rehearsals are right in Times Square. It's been A MA ZING - the world is not ready for this. But alas - you'll have to be. Make sure you check it out! Not only will it be debuting in Cambridge in August, but it's going to BROADWAY IN DECEMBER!!!!

No, not necessarily me with it, but I'll leave myself open to whatever life has for me. Consequently, these are the continuing adventures of . . .