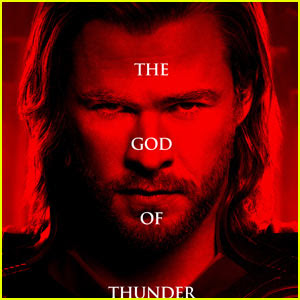 Hello Funkiphiles! I know I promised coverage of the Funkyman party last month, but there are just too many things going on in the world right now:

But the most important thing going on right now is obviously:

SUMMER MOVIES 2011 - Woo Hoo! Yes it's time! Here is Funkyman's guide to the biggest and most exciting movies coming out this summer, in my funk-pinion.

THOR (May 6) - Yes it's already out and it's AWESOME. No, it's not better than Iron Man or Spider-Man or Batman - but let's look at the achievement of taking a RIDICULOUS character like the Norse God of Thunder with a RIDICULOUS hat with wings on it, and making it work for 2 hours? Big props to Kenneth Branagh for making a WATCHABLE and FUN movie. It's not the best thing you've seen, but it's definitely worth seeing on the big screen. I had the time of my life. Definitely see it in 3-D.

PRIEST (May 13) - Let's see - a bald, cool priest running around killing demons and monsters - I'll be there. You had me at hello.

PIRATES OF THE CARRIBEAN: ON STRANGER TIDES (May 20) - Zzzzzzzzz. Zzzzzzzzzz. Zzzzzzzzzz. Hmmp, whuh? Oh, did you say something? Sorry, I was just having this awful dream about Jerry Bruckheimer making 13 quatrillion dollars off of bad CGI and Johnny Depp's overacting. WHATTT??????!!!!!!!! It wasn't a dream????

:-) I'm not a fan of the series but hey, they are the varsity class of Hollywood Summer Movies. Good luck to them and their millions.

HANGOVER 2 (May 26) - The Hangover is an epic comedy. I cannot wait to see this movie, even if it's not as good. Hopefully, it will be.

X-MEN FIRST CLASS (June3) - Though I align my artistic persona with Superman, the truth is that The Uncanny X-Men was my favorite comic as a kid and I have a HUGE collection. I may have like 10 Superman comics, but I have hundreds of X-Men. That being said, when the first X-Men movie came out, I was very afraid it would stink. It didn't. It was quite true to the noir of the comic and the sequel was even better. Then came X-MEN 3 (Fail) and X-Men Origins: Wolverine (Fail). So, 2 good, 2 not-so-good, what lies in store on June 3? Hopefully the tie-breaker will be in the win category.

GREEN LANTERN (June 17) - It's comic-book movie time - Thor, Green Lantern, Captain America and let's not forget next summer's Avengers movie and the new (cue horns) SUPERMAN movie!!!! It's a good time to be alive . . . . if the movies rock. Here's to hoping Ryan Reynolds pulls this one off. It has potential both ways.

MR. POPPER'S PENGUINS (June 17) - Jim Carrey and 6 Penguins. OK, I know, but I can't think of one Jim Carrey movie I didn't think he was good in. Comment?

TRANSFORMERS: DARK OF THE MOON (July 1) - Tranformers. Enough said. Yes, I know it's another Jerry Bruckheimer monstrosity, but hey, this is money well-spent. I could care less about the horrible story and acting if you give me effects like this. OK, yes I do care about a good story and good acting, but I'm trying to enjoy my popcorn and summer movie!!!! I'll complain about how bad it is after it's over like everyone else!

HARRY POTTER AND THE DEATHLY HALLOWS Pt. 2 (July 15) - The last Harry Potter movie. Enough said. OK, not enough said. I've never been a fan of the Harry Potter series, but I have seen the movies and have been entertained. I tried to read the books but, sorry . . . good but overrated - don't hate me.

CAPTAIN AMERICA: THE FIRST AVENGER (July 22) - Of course people want to see this, but let's not forget that Captain America has NO supernatural powers (besides being very strong, fast, and good looking). People may be disappointed that CA's real power is his character and leadership - but we'll see if this translates to the screen. Oh yeah, you're right the shield is pretty cool . . . . if you like BOOMERANGS!!!!

SMURFS (July 29) - Why did it take so long to make a Smurfs movie anyway? This was the single most successful Saturday morning cartoon in history. Remember (those of you old enough) when it would be on for like 2 hours EVERY Saturday? Let's see if the movie gets it right.

THE CHANGE-UP (August 5) - We have seen these movies before - Freaky Friday, Like Father Like Son, Vice Versa - some magical spell makes people switch bodies and they work out their problems and figure out a way to get back. What is the history for this style of movie? It always yields funny results, but I've often wondered why Hollywood continues to revive the same theme over and over. This has been done successfully. Even though it is Jason Bateman and Ryan Reynolds - two great actors and personalities, this is SUCH A RENTAL.

THE DARKEST HOUR (August 5) - In Russia, a group of kids try to survive after an alien invasion. One ticket please.

RISE OF THE APES (August 5) - Another Planet of the Apes installment. I consider the original Planet of the Apes to be one of the top ten sci-fi movies in history. There have been 3 sequels and remake, all which have failed to capture the genius and glory of the first. How will this one fare? I think I'll wait for Rotten Tomatoes on this one.

DON'T BE AFRAID OF THE DARK (August 12) - Finally a HORROR MOVIE!!! Let's see, little goblins come out of the basement to terrorize a young girl. Yeah, I'll be there.

CONAN THE BARBARIAN (August 19) - Arnold Schwarnegger became a Hollywood lead with this role back in the 80's. Then he went on to be Governor of California. And now . . . Oh Arnold. Well, you wanted to be part of the Kennedy legacy - Congratulations - you fit right in now! Anyway, if done incorrectly, Conan is ridiculously silly and I am praying that they find a way to make it cool. My fingers are crossed.

FRIGHT NIGHT (August 16) - Another horror movie - another remake. The original Fright Night is a SCARY movie. No, really. I vividly remember regretting I chose to watch that movie. I so wanted my mommy. Here's hoping for success with this one.

The film was very good although I doubt the story is true, it still great!
Is the story true? Sure to be asked on the natives who once lived in the area!
Because the story is based on stories handed down from their ancestors...

Possibly the most amazing blog that I read all year halter neck wedding dresses!?!