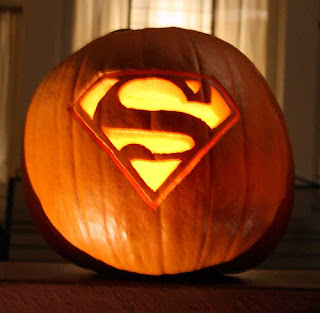 It's Halloween today. I realized a couple of weeks ago that I have never written about this holiday, and probably for good reason. I try (somewhat unsuccessfully) to avoid topics that are too serious. However, since I will be spending my day thinking about it anyway . . .

I know that most of the world is content to just enjoy the fun parts of any holiday and say the origins and meaning of the holiday are completely secondary. I want you all to know that I agree with that sentiment - however, there are contradictions lying within that ideal.

Submitted for Your Approval . . .

Question: Would you celebrate a holiday whose roots were glorifying the genocide of a people - say, the Holocaust? No, me neither.

However, controversial as it is, we Americans do celebrate Columbus Day and the 4th of July, and before you go crazy, I understand the significance of the "civilization" of America, but many people believe that there was a perfectly fine civilization here before Europeans touched the shore. Some people have a problem with Thanksgiving for the same reasons. And while July 4 marks independence from England, it also marks the establishment of institutionalized slavery - which includes buying and selling Africans, rape, and yes, murder. This is why many people choose not to celebrate these American Historical milestones.

Me? - I'm enjoying my day off on Columbus, eating and spending time with family at Thanksgiving, and getting a kick out of fireworks on the 4th. Am I insensitive or better yet, desensitized to the above raised issues? Perhaps. However, it is my theory that just because you participate in an activity - you do NOT necessarily glorify or honor the history of how it was practiced in the past by other people. That is how I feel about Halloween and Christmas.


Walk with me for a moment, Christians:

If that's true, then why do we vilify Halloween as the ONE, SINGULAR holiday we refuse to take part because we believe that dressing up a child as a duck, a farmer, a cat, a spaceman, or even a witch, a demon, or a monster is GLORIFYING EVIL? That getting candy on October 31 is IDOL WORSHIP? Yes, I know of families that will not let their kids even go to SCHOOL on Halloween just so they will not be a part of the school-wide Halloween Assembly. The reason? Devil worship.


You see, we love to do research SOMETIMES and look up the meaning of holidays, and we discover that Halloween is rooted in a Pagan Celtic ritual (Samhain) that promoted the belief in evil spirits and false gods. We tend to ignore the parts where the Christian church created its own holiday (All Saints Day) in an attempt to distract attention from the pagan one, and in the end only POPULARIZED and PROMOTED the very holiday it sought to destroy. Yes, we have the (American) church largely to thank for the popularity of Halloween. The history of the sacred vs. secular monstrosity know as Christmas is almost identical. Click here for more on that.

I do find it interesting that the same Christians that I know that are against this holiday are also AVID fans of horror movies. Yes, horror movies - the most gory, vile, demonic, disgusting stories and images imaginable. If Halloween is evil, then certainly these movies are as well. And what about the mafia? Yes, the same Christians that think Halloween is glorifying the devil are HUGE fans of shows like the Sopranos and movies like the Godfather and Scarface (OK, not a mafia movie, but you get my point!) And don't get me started on videogames . . .

But I digress. This is not about the hypocrisies found in people. God knows, I'm far from perfect. All I'm saying is, if you're going to make the leap of logic and think that I, a believer, am cursed for participating in any part of secular Halloween, then a non-believer MUST be blessed by participating in any part of secular Christmas. Sorry, that's just not part of our faith, nor does it make much sense.

- Dressing a baby as a ladybug.

- Giving Gummi-Savers to the neighborhood kids.

- Picking out a pumpkin, and decorating it.

These activities are fun and quite innocent, and done with the spirit of love and centered on family and community ACTUALLY go to honor and promote God, not the opposite. Hurting someone, wishing hurt on someone, saying mean things, thinking you're better than someone - these things are the enemy. You see, like the Church TRIED to do, I'm GOING to take the darkness out of Halloween for my daughter, and participate with sound judgment and care.

Now that I've said all of that, I want you to know that I HATE Halloween. Where I grew up, Halloween is a dark time of year - people use it as an excuse to vandalize property, hurt people, and try to ACTUALLY practice Satanic rituals. There is a dark side to this holiday that I have a difficult time forgetting. It certainly is not all good, and I had no intentions of making it a part of our annual traditions.

However, one day, my daughter, 4 years old at the time, came and told me of the school-wide Halloween assembly, and that she wanted to go dressed as a princess. I melted as anyone would seeing the excitement on her face.

She didn't want to do something evil - she wanted to play dress-up with her friends. Why wouldn't you let your kids do that? Because it's the 31st of October and that's dishonoring God?

I bought her a princess dress and tiara, and on the day of the assembly, all of the students marched into the gym in a parade. My daughter entered holding hands with two of her friends.

I. Have. Never. Seen. My. Daughter. Happier. Than. That. Moment.

She was glowing. I still have it on video, and I watch it often when I want a good cry! After the parade, the kids sang songs together like "Pick a Pumpkin" and "I'm a Little Goblin" (instead of "Teapot"). It quite simply is my favorite memory of my daughter.

As long as my daughter understands light from dark, I can sleep at night. The funny thing is that she scares very easily. She can't watch most movies, even Toy Story, because of the antagonist characters. Last year she went Trick-or-Treating and got scared out of her mind, but she's glad she had the experience. This year, she is way more excited to just stay home and be the one passing out the candy. She's got her cat outfit ready to go for today's Assembly. She's got a BUCKET full of Jolly Rancher Lollipops, Twizzlers, and Gummies to pass out this evening to the young and young-at-heart.

And she's got me, standing by her protecting and guiding her in all she does.

Ladies and gentlemen of the jury, I submit that we should NOT get caught up in the game of not participating in something because of the way SOME people choose to celebrate. I certainly celebrate Christmas my own way, and I cannot worry about the next man and whether or not they understand the TRUE meaning of the holiday - especially when there is no singular true meaning. Make the decisions on your own, weigh the good and the bad, and be true to what you believe.

Let's teach our children right from wrong, and as long as you're actively parenting them - let. them. be. kids. Childhood only lasts a few years. They've got a long life of battling to do when you won't be around so much.

P.S. - Here is a clip of the beginning of the Adventures of Funkyman LIVE! event back in April. Enjoy! More videos coming!

Posted by DavidColeman at 3:08 AM

Your story is pretty inspiring. I know how much you love you daughter. Just don't forget to bring her to the Rockford dental care at least twice a year so she won't get cavities in eating too much sweets.