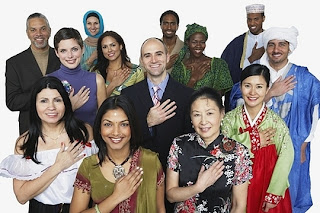 In the movie, Inherit the Wind, a dramatic story is weaved around the very true account of the famous Scopes monkey trial and the fight in the south to prevent evolution from being taught as a theory in school. The shorthand is that the Bible-believing Christian community didn’t want Darwin’s theory taught in school because it was in contradiction with Scripture’s account of creation. There is a scene in the movie where they are marching down the town streets singing “Gimme That Old Time Religion.” The lyrics go as follows:

It was good for dad and mother (3x) It’s good enough for me.

The irony of this scene is that they march forward, yet their message is about remaining right where they are. The Christians won their fight in that trial in 1925. However, today, most schools, even in the South, teach evolution as a theory as part of the larger foundation of scientific education. The Scopes Monkey trial is part of American history, now 87 years old.

Quite simply, yesterday you helped turn back the hands of time.

On May 8, 2012, the state of North Carolina passed Amendment One – defining marriage as one man and one woman, and therefore nullifying the recognition of same-sex marriages AND civil unions. The oft-quoted reason for such a move? Because same-sex marriages are in contradiction with what the Scriptures say.

And so, North Carolina, I humbly submit to you:

Isn’t it a fact that there are several, nay, innumerable things that are “legal” by man’s standards that are not supported by the Scriptures? I mean, isn't there is a clear difference between something being against God’s laws and being against man’s laws?

Let’s start with the Ten Commandments. Several major religions (Judaism, Islam, Christianity) regard the Decalogue as the DIRECT instructions from God Almighty. No “divinely inspired/take it on faith” writing here. These words are considered to be straight from God’s mouth. For example:

“Thou shalt have no other Gods before me.”

If we’re going to honor God’s direct command, should we not be creating amendments to curb the glorification of sex, violence, and greed found in commercials, magazines, television, music, movies, etc.? Truly, we can argue that people spend more time honoring these cultures than God. We can agree that we are called to honor God above all things, but even those of us who believe can fail in this practice. Yet none of the above things are against man’s law.

For another example, I will choose the words of Jesus.

“Love thy neighbor as thyself.”

Again, words straight from Jesus’ mouth – not otherwise divinely inspired revelation as found in other books of the Bible. Haven’t we proven that this simple phrase is so difficult to perfect? Haven’t we shown as a human race that one of the primary reasons we have wars, hunger, and poverty is because we can’t love our neighbors BECAUSE we don’t love ourselves? Should we not be creating amendments to ban the hoarding of money and food, and share our wealth not simply with those on hard times, but with the truly impoverished human souls that have no opportunity to get 3 meals a day? We Christians can agree that we are called to serve mankind – clothe the naked, feed the hungry, visit the imprisoned, etc. Yet refusing to do the above things are not against man’s law.

The point is this: Even if you declare that same-sex marriage is against God’s law, how is that the precedent for standing up for the Scriptures and infusing it into man’s law? Do we not already live in a country where people have the freedom to make personal choices that we disagree with? Do we not daily shake our heads at what the culture promotes and what our children have to face? Where is our outrage?

In conclusion, when I see amendments being posted to church walls to help ban same-sex marriages, I weep.

There are so many causes God has called us to that we daily ignore. Why is this the only issue Christians rally around together to become politically active? The answer is obvious and unfortunate. If we don’t see that this indoctrinated phobia of homosexuality is IDENTICAL to the history of the judicial banning of interracial marriage – yes that was a HUGE reality in America for several decades (the people in each state were allowed to vote) – we are blind.

I know, North Carolina, that you believe that by allowing gays to marry, it would be viewed as a stamp of your personal approval. However, if that were true, according to God's 1st Commandment, you would have to argue that allowing moron rappers to make songs and videos about “bitches” shaking their asses for money and getting tens of millions of views in the temple of YouTube is also your stamp of approval.

You: Well just because that music is popular in the culture doesn’t mean I agree with it.

Funkyman: OK, but more importantly, just because you don’t agree with it, that doesn’t make it illegal.

You: Yes, but this is America, and the moron rappers have the FREEDOM to make their music, even though it’s garbage.

Funkyman: True. This is America. Then, why are we standing in the way of someone else’s, anyone else's freedom? The big difference is, those particular rappers (not all Hip Hop) are despicable. Those who seek to be married are not.

So North Carolina, please read up on the history of marriage. You will quickly discover that it has had many definitions, versions, and practices. Marriage has not always been defined as one man and one woman – even in the Bible. That’s a fact. You say that homosexuals are trying to redefine marriage.

The truth is, you are too.

One day, we will see that we can live in a country as Bible-believing, God-fearing Christians and STILL sit next to our brothers and sisters who are in same-sex marriages at the table of brother and sisterhood.

There should be an amendment for that.