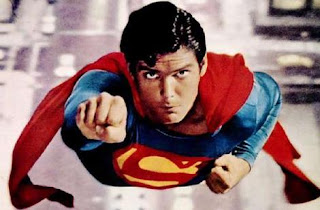 You've heard it.  We've all heard it.

"The movie was good, but not as good as the book."

Every once in a while a movie comes along that honors the source material so well that people are giddy with excitement over the feat.  Marvel Comics' latest blockbuster movie The Avengers has shattered box office records and has been hailed as the greatest comic book adaptation to screen to date.  That is heavy praise.

You:  Why?  Doesn't the artwork provide instant reference material for the filmmakers?

When you read a book, you are given the gift of your imagination informing your own special way of viewing the imagery, and therefore when creating a film of a literary work, you have more artistic license to have your vision appreciated.  When creating a film from source material with preset artwork (comics), the audience NEEDS to see references to that artwork, physical activity, special effects, etc.  This is even more difficult for superhero comics, because heroes do things in those books that defy all the laws of physics and reality.  If you can't recreate those elements, people consider it a failure.

Of course, 30 years ago, comic book superhero movies were the stuff of comedy.  CGI, costumes, special effects, simply could not do justice to what comic book artists dreamed up on the page.  Comic book fans longed for the day when they could go to a movie theater, buy some popcorn, and legitimately be swept into another world - their comic books come to life.

We have the technology at our disposal to make not only good, but great comic-book superhero movies.  Of course, even with the effects, they aren't always good.  How do you determine if a movie is a good translation of a comic book?  Well, here we go.  My top 10 Superhero Movies in chrnological order - and why.

In the 1960's there was only one superhero movie - Batman starring Adam West.  The campy fun of the television show on the big screen was just a longer TV episode.  It did not take itself or its source material very seriously.  There was no superhero movie for another 12 years?  That's inconceivable in today's Hollywood.  What changed things?

1.  Superman - 1978
Richard Donner's instant film classic starring Christopher Reeve is still considered by many to be the greatest superhero film.  Why?  Here are just a few reasons.

- It contained a fairly complete, and well thought-out origin story.
- Superman flew - and we believed it!
- He flew around the world so fast that he reversed time.

These three fcators bring up the 3 key ingredients to a GREAT comic-to-movie translation - good writing, convincing special effects, and something cool and new we've never seen before.  This will continue to be referenced as CT3 (Comic Translation Trinity)

The sequel was equally well done, if not better, but the following sequels ignored these 3 elements so much that there was another long period until the next great superhero movie came along.  What was that?

2.  Batman - 1989
Frank Miller (as a comic artist not as a director) changed EVERYTHING!!!!!!  His rough and gothic take on this old character not only breathed life into the comic book, but it set the template for almost every superhero movie that has followed.  Director Tim Burton's fantasy was the first time we saw the Dark Knight come to life on the big screen as a broody, disturbed character.  What did Frank Miller give us?

Yes.  Thank you Frank.  And thank you Tim Burton and Michael Keaton for giving America and the rest of the world something to get excited about.  This movie broke all the box office records at the time.

However, just like Superman before him, the Batman sequels started off OK but then devolved into silliness and gimmicks.  Didn't we learn ANYTHING from the previous decade?  No, the smell of money and continued fight for pop culture relevance are the recipe for failure in any franchise (see Star Wars).  And don't forget the CT3.  Our next movie certainly did not.

3.  Blade - 1998
I have to be honest.  When I first saw the ads, I wasn't convinced.  However, after the opening scene where Blade destroys an entire club full of vampires, 2 of the CT3 had been established.  The story proved to be well told and with heart.  Win.  It was like all of the dark, gritty things about Batman without the nice side.  Director Stephen Norrington gave us elements we hadn't seen in a superhero movie before:

- A club, techno, pseudo-NIN soundtrack that didn't include a symphony orchestra (no hate for John Williams and Danny Elfman, just saying)
- Vampires!
- Vampire on vampire crime!

4.  X-Men - 2000
You:  Funkyman, why was the X-Men film successful, even though it looked very little like the comic book?

Funkyman:  I'm glad you asked.  I heard a lot of people say they didn't enjoy this movie because it was NOTHING like the animated TV show that was popular at the time (which I hated BTW).  I never liked the "Superfriends" style portrayal of the mutants complete with canned electric guitar soundtrack and drum machines.  No, my attention was on the comic books, and more importantly, the graphic novel - God Loves, Man Kills.

Director Brian Singer must have read this book as well, because the X-Men movie does an EXCELLENT job capturing the SPIRIT of that book.  That graphic novel was the Frank Miller's Dark Knight for X-Men.  It took the idea of the mutant abilities and cast them in a realistic contemporary world where politics, racism, and real moral conflicts could be explored.  When I watched this movie, I felt the SPIRIT of the comic.  That is HUGE.

And JUST like Superman and Batman before them, good sequel, horrible following ones.  What's the deal?  I mean, clearly there's a pattern here.  I mean, that couldn't happen to . . .

Well what did Sam Raimi do right?  CT3 - Well-told origin story, CGI Spider-Man swinging through the city, and Tobey Maguire himself as the surprise.  No one believed this guy could pull it off, and he defied us all.  What was more fun that summer than seeing this movie?  Perfect popcorn movie.

But the formula - great sequel, painful subsequent ones - strikes again.

6.  Hellboy - 2004
Visionary director Guillermo del Toro gave us something we weren't used to - a demon protagonist who can talk to dead people, who trims his own horns so they don't stick out, working for the Bureau of Paranormal Research & Development - which is EXACTLY what the comic book is about.  Add in Ron Perlman's comic timing, superior special-effects, and you've got a win.

7.  Iron Man - 2008
This movie had it all.  Very good origin story, killer CGI, and the now famous "Iron Man Kneeled Landing Pose."  Let's not forget Robert Downey's spot-on comic timing and Jon Favreau's comedy and comics background.  So many things about this movie were awesome, that it's hard to even debate the weaknesses.  So glad CGI tech finally caught up with Iron Man.

8.  The Dark Knight - 2010
The greatest financial success for any superhero - Batman.  This time tackled by director Christopher Nolan and his go-to leading man, Christian Bale.  Yes, this was the sequel to the already successful Batman Begins, . . . and the formula is set.  Will this summer's 3rd installment be subject to the curse?  I have a feeling - no.  Of course, let's not forget Heath Ledger's tour de force as the Joker.  CT3 was in full effect for this film, and it was easily the highest critically acclaimed movie of its genre.

9.  Kick-Ass - 2010
That same year, one of my favorite adaptations was done in glorious fashion.  Director Matthew Vaughn took this indie comic and turned it into movie gold.  Kick-Ass is NOT an exceptional superhero.  However, being released in the same year as The Dark Knight, the comparisons are obvious.  A guy who dresses up and goes out to fight crime vigilante style to protect the innocent and make the guilty pay.  Sound familiar?  Add in Big Daddy (another obvious Batman reference, and who can forget Nicholas Cage's death scene?) and the foul-mouthed Hit-Girl.  This movie surprises us more than once - and we love it.

10.  The Avengers - 2012
Last but not least, we have the much-discussed Avengers, directed by Joss Whedon - a writer and director who has solidified his place in comic/sci-fi greatness for all time.  Buffy, Firefly, now this?  Because the Avengers is a team of superheroes, you can only imagine that the stakes were way higher for success vs. failure.  Everything difficult about a superhero movie - times 4.  If you ever find yourself questioning "why is this film great" or "why does this film work", then consider the following concerns:

The answers to all of the above questions are yes, yes, no, no, yes.

The Avengers captured the spirit of the comic in that it focused on the tension between the egos of the heroes, clearly played out in the comics.  It not only gave equal time to the characters, it successfully highlighted some we normally disregard - i.e. Black Widow.  The only visible villain is Loki - too many villains equals fail (see Spider-Man 3 or Batman sequels).  The origin story of the Avengers is there, but they took some license with the agent who called them together and believed in them.  But that's a minor concern.

What is a major concern is what everyone knows who has seen the film.  Hulk.  Smash.  Loki.  That has got to be one of the single greatest moments in movie history.  I want to see the entire movie again, just to watch that.  And I will.

So which are the greatest comic-to-movie adaptations ever?  It's difficult for me to compare Superman of 1978 to the Avengers of 2012, but I will cave in and make a list in order of overall greatness:

I know you're saying - no Dark Knight?  I want to stress that I'm not judging the films on their merit as films, but as comic-to-movie translations.  The Dark Knight suffered only because Batman had been explored in 6 films before it.  The others on the list were relative first attempts and get more consideration for the feat.

Yes, Superman is #1.  Are you surprised?  Better yet, do you disagree?  It's not my love for all things Superman.  I truly believe that proportionately, this is the greatest superhero comic to movie achievement.  Were it not for that one, the Avengers takes the prize.

You may noticed I have referenced each film's director in this blog.  They are the real heroes and certainly the ones responsible for a film's success or demise.  I would trust buying a ticket to any future film of these directors, even if they are a flop.  At least I know it will be a well-thought out flop.  Which is better than we can say for most films.

Speaking of which, I hope that one of you directors will step up to direct the new motion picture, The Adventures of