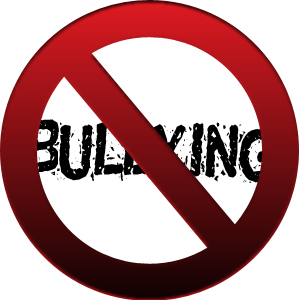 As you may have heard, there was a viral video this week showing some middle school boys taunting and verbally abusing an elderly woman (Karen Klein) on a school bus.  My wife tipped me off to the video as people at her job were discussing it.  I found the video and . . .

I wasn't shocked at all.  This is not a good thing, mind you.  Here I will try to explain my lack of surprise.

MIDDLE SCHOOL
Don't let anyone fool you.  Middle School is the most torturous age and experience for anyone to survive.  Kids are at their meanest - verbally, emotionally, and often physically.  I'm not sure what it is about the age, though I know much has been written about it.  What I do know is that in my experience, it's Middle School boys especially that seem to need to test the limits of an adult's patience until he/she snaps.  If you don't break, they try something else.

MALE
I'm sorry, but . . .  Boys.  Are.  JERKS.  Call it Testosterone, call it immaturity, call it misguided energy.  I know all of the male readers are saying, "I may have been a little crazy when I was younger, but I was never like those guys on the video."  Before you pat yourself on the back, take a looonnnggg look at your past.  Whether it was you or not, you've seen and heard some pretty horrible things out of kids' mouths in school.  Sometimes, all it takes is the perfect storm for a situation or a group to grow and go out of control.

CROWD
It's quite amazing how being on a team of people participating eases the consciences of the individuals involved.  What might seem horrible to do on your own seems less so if others are participating.  I think that's safe to say in hundreds of situations.  If you listen to the pathetic apologies being offered by the students, they all say, "I can't believe I did that."  Well believe it.  Aren't we teaching Lord of the Flies anymore?  Give boys an environment with no parents around, no enforced rules (the lady they were taunting was the bus monitor but there were no rules being enforced by her or the bus driver), and a little bit of vulgar humor, and you've got a problem on your hands.  Remember in Lord of the Flies, they called a kid "Fatty/Piggy" until they literally killed him.  It's fiction, but it's a classic cautionary tale for several reasons.

VIDEO
Simply put, when people know a camera is rolling, they do stupid stuff.  Enter Kanye West with the infamous, "I'm-a let you finish" nonsense.  Testosterone, alcohol, and cameras are a lethal combination.  He felt emboldened to do that because cameras were rolling.  Talk about needing attention.  The very fact that this video was being recorded by some kid for 10 MINUTES shows the hypnotism of our video culture.  Not only did they think the video made the whole event that much cooler and edgier, but they actually hoped it WOULD go viral and "wouldn't that be AWESOME!"  Of course, the bullies knew they were being recorded, and yet they said those things anyway?  I gather they said extra-horrible things because the video was rolling.  They were just too stupid to think of the consequences.

CONCLUSION
Well, there you have it.  In a nutshell, Middle School Boys on Film Tease Old Person is a formula that does not surprise me.

Does it disgust me?  Yes.

The silver lining to this story is that Karen Klein is hard of hearing, and actually missed most of what the boys said as they were saying it.  It wasn't until she saw the video online later that she got the full account of the horrors they were saying (i.e. "That's why your son killed himself.")  The other silver lining is the outpouring of support from the online community, who have in 2 days raised over $500,000 for this woman to go on a trip.  With the donations being accepted for another month, clearly this woman may be a millionaire before August.  Wouldn't we all appreciate that kind of justice?  A million dollars for every victim of bullying?  Unfortunately, that's awesome but not possible.

I've heard a lot of people say over the last two days how horrible these kids are and what a poor job their parents did raising kids that would participate in something like this.  I'm one of them, by the way.

But as I write this, I have to think one more time.  Consider the elements laid out here.  Also consider the bewilderment of the parents of these kids.  They were shellshocked when they learned of this incident.  Is it possible our kids could get caught up in the wave of insanity if all of the factors are right?  The perfect storm?
We would all be wise to keep a closer eye on our sons and daughters, and make sure that the formula described above does not swallow up our children.

I wish I could say that about myself.

When I was 6 years old, on the playground a bunch of kids were making fun of a new kid at school.  For some reason I still cannot explain, I picked up a rock and threw it in his direction - at the cheering and encouragement from the crowd.  The rock hit the kid in the head and drew blood.  I was sent to the office, and my parents had to come pick me up from school.  When they asked me why I did it, I said, "I don't know.  I can't believe I did that."  Sound familiar?  I sincerely apologized to the kid (Andre), and we went on to become friends.  But I can't take the rock back.  I can't take back the pain of the rock hitting his head.  I can't take back the memory of those kids taunting him.  Bullying has effects that apologies can't erase.

I'm not a perfect person and I was only 6 years old, but during my VERY short 30-second membership in the bully club, I learned this . . .

Bullying Sucks.  In every form.  If you hurt someone, shame on you.  Make amends.

A message from your friendly neighborhood