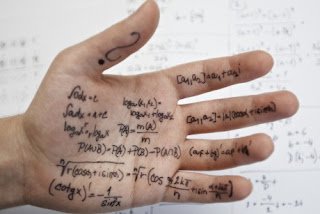 "Harvard University is investigating 125 students for possible cheating on a final exam last spring. An investigation showed that nearly half the students in an undergraduate government class may have collaborated or plagiarized on a take-home test. If confirmed, it would be the largest cheating scandal at the university in recent memory." - NPR News

My first reaction to this story was - "Didn't this test take place in May?  Why are they just now jumping on this?  Wasn't it obvious to the teaching assistants and professor that this occurred when they were GRADING the answers?"

People who walked at Commencement and received diplomas were getting letters in August saying their degree may be in jeopardy due to this investigation.  If I were a student recently graduated from college looking for a job that required me to have a degree, this would be seriously problematic.  But before I get into the rights and wrongs of the students . . .

How did your school teach you about cheating?

Did they make you sign an academic honesty policy, effectively self-authorizing your own punishment if caught breaking it?
Did they make an example of those who cheated - suspension, expulsion, automatic failure, revocation of diploma?
Did they monitor your exams?
Did they create enough space between students to prevent even the temptation to look at someone else's work?

If you are fortunate, you can answer yes to the above questions.  But here's what happened at Harvard.

- 279 students (wow) in a course where the teacher doesn't mind if you miss classes.
- Announcement by the instructor at the beginning of the semester that it's an easy course.
- 4 exams during the semester - all take-home.
- The final exam is not only take-home, but open-note, and open-internet as long as there is no communication with other people.

And THERE lies the biggest problem.

Open internet IS communication with other people.  Where you confused your students is when they chose to define "communication" as "conversation."  Students were creating websites posting answers to the tests, and other students were finding it utilizing their "open-internet" allowance.  If you're the student, you're thinking, "Open internet right?  Awesome."

Don't get me wrong, OF COURSE they were cheating.  OF COURSE they are guilty.  OF COURSE they deserve to be called out for it and forced to suffer whatever punishment the school enacts.  However, the bigger problem is not the culture of these kids and the lowered ethics surrounding academic honesty.  To me the biggest problem is the school's failure to create an environment where academic honesty is honored and applied.  If you're going to admit that the younger generation has an issue with cheating, do you then create a course with a take-home, open-note, open-internet test and expect them to have respect for the bounds of plagiarism simply because you're Harvard?  And then wait 3 months to call it out, AFTER some have graduated?  Sorry.  Fail.

Harvard does NOT require its students to sign an academic honesty policy.  I think they believe that it's not effective or maybe that they're above this "naive" contract.  Well, it may be naive, but at least you send the message about the issue of integrity.  Sign this paper.  Do what you said you would do.  Your word is your bond.

I hate to sound like the old guy, but "when I was in school" this could never have happened - not because we were better or that students wouldn't be tempted to cheat, but there was NO internet, and NO take-home exams.  Study your butt off, walk in that room, grab a blue book, write down what you know, BS the rest, and pray for mercy.  I may have gotten a C in the class, but at least it was an honest one.

We need to teach kids it's OK to not get an A if they did their best work.

Come on Harvard, help us out.

Posted by DavidColeman at 2:39 PM