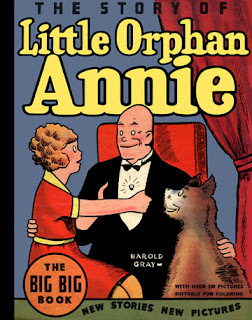 I am surrounded by cartoon characters. Let's see: My 3-year old daughter is obsessed with Blue's Clues and Dragon Tales, she wants a Cinderella cake for her birthday party this weekend, next week I'm putting up a production of ANNIE (based on a comic strip) and I'm wearing a Superman shirt. (You KNOW!)

You know what the coolest thing about cartoons is? It's often intended for children, but it's made by adults! And too often, the adult cartoon creators throw references in so called "kids' entertainment" that are clearly adult references or humor. So here is my list of the top ten questionable cartoon references not suitable for younger audiences. Maybe you missed them. Enjoy!

10 - Scooby Doo - Drug Use Advocacy. Let's see. Scooby is dying for this "Scooby Snack." Dogfood right? Wait, Shaggy wants one too? Hmmmm. And when they eat it, they suddenly become brave and do things physically they never would have without the snacks. Right. Do you see a pattern here? Scooby Snacks are obviously drugs. And don't even get me started on Shaggy and his obvious addiction to pot! Call the DEA and search the Mystery Machine!

09 - Bugs Bunny - Cross Dressing. You know when Bugs Bunny would dress up as a girl? He was very cute, and I am still in therapy about my attraction to male rabbits in dresses.

08 - Tom & Jerry - Racism. Hey, you watch that cartoon again and tell me that the maid Mammy Two Shoes is not racist. "Ooh, now Tom. You is bad." Where is Al Sharpton when you need him!

06 - Teenage Mutant Ninja Turtles - Bad Health and Hygiene. First off, they were created by toxic waste. Next, they live in the sewer. Third, their dad is a RAT!! Then, all they EVER eat is pizza. Real good role models for children, being that this was the most popular series for several years.

05 - He-Man and the Masters of the Universe - Steroid Abuse & Stupidity. Dude, am I the only one who noticed that EVERY character on this show had the EXACT same physique? Can we get some variety here? These people were all ripped but we never ONCE see them lifting weights or working out? And on another note, at least Superman had glasses to disguise himself. If you can't figure out that Prince Adam is He-Man, you have way bigger problems than Skeletor. I'm sorry but just how many green and orange tigers are there in this kingdom. "Prince Adam, where were you? He-Man was just here!" GET A CLUE!! ARRGGHH!!!

04 - Smurfs - Cannibalism. Yes, Smurfs are cute. Yes, Smurfs are fun. Yes, Gargamel hates cute and fun things. But eat them? What's wrong with you? You have conversations with these creatures, and then you want to cook them? Whatever!

03 - Dora the Explorer - Parental Neglect. Watch Dora and her best friend - a monkey - go on adventures. Watch Dora save people and animals from trouble. Watch Dora travel through time and space to meet weird creatures. Watch Dora talking to a troll. Watch Dora . . . HEY! Where in the heck are this girl's parents???!!! She does have parents - we've seen them. They just let her walk around the world talking to a map, a monkey, and a backpack? I think the clinical diagnosis of this is NUTS. Or as Dora would say "MUCHO LOCO."

02 - Goofy. OK, there's nothing questionable about Goofy, but WHAT IS HE? WHAT IS HE? ANYONE? HELP ME HERE!

01 - ANNIE - Pedophilia. An 11-year old girl who captures the heart and mind of a 40-year old man. They sing songs about "I Don't Need Anything But You" and "Something Was Missing." Hello? Where is Chris Hansen when you need him! "On the next 'To Catch a Predator' a well-known billionaire . . . "

The family-friendly version of ANNIE will be performed on Friday May 11 and Saturday May 12 at 8:00 p.m. at the Dana Hall School in Wellesley.

I am a cartoon character, or I live in a cartoon world!