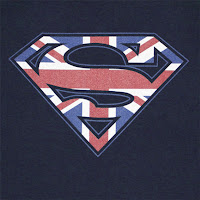 I have been away from TAOF too long, mostly due to the fact that my old schedule of weekly study halls has not been consistent. That will all change in January 2011, so prepare for the weekly onslaught of Funkyman. I apologize to my regular readers (both of you) for the absence of Funk in your life. Here's a taste.

Those of you who know me already have seen most of the video clip posted below. However, if you missed the actual TV broadcast, this will interest you. The internet version of this story only includes the interview, and not the newscast lead-ins, which were just as fun to watch for me. The night the piece aired, I got to hear my daughter say, "Daddy, you're on the news!" which I had never ever imagined hearing anyone say.

For those of you new to this story, here's the scoop:
In September, I was contacted by the BBC to be featured in a series called "First Person" where once a week, they feature the life of one American. Having heard specifically of the work I had done at Tufts University with the Gospel Choir and how it has grown to 225 members and attracted both people of Christian faith as well as people of other religions and no faith, they came to Tufts to interview me and film a rehearsal.

How did they hear of me? Well, wouldn't you know that a former member of the choir back in 2007 graduated from Tufts and went on to intern at the BBC. She worked with the producers of this news broadcast and told them about this guy at her college who was inspiring students with stories about Superman, God, and Life (not in that order!).

I was given a list of things to talk about, including my Superman philosophy, which is why you hear me reference that character in the video. I spent quite a bit of time discussing that service philosophy, and I was surprised it didn't make the cut into the final piece. They filmed me alone for 30 minutes and then the choir for the full 2 hour rehearsal, and then they edited that into the 4.5 minute segment you see below. It's quite remarkable how they used the interview to tell this story, and I'm very impressed with their work (with or without the Superman story). So that you know, I was specifically asked the question "Did that make you feel like Superman?" when I was answering and mentioning his name. Without the benefit of hearing the leading question, I think some people watching that interview were like "Who does this guy think he is? Superman?". And that couldn't be further from the truth.

However, it was almost like a comic-book to have our story of unity included in the lead stories of a newscast that otherwise depicted war, tension, and loss. I was humbled and proud simultaneously to be a part of the news that offered a light of hope to a world filled with a myriad of problems. That they recorded a slice of my life focusing on my passion for God, music, and people naturally makes me feel heroic. But not just any old hero.

Posted by DavidColeman at 10:33 AM

Wow i love you blog its awesome nice colors you must have did hard work on your blog. Keep up the good work. Thanks

Yes, you are funkyman! You help so many people through your music, humor and stories!
Thank you!

how are you!This was a really brilliant website!I come from ukChristian Louboutin Heels, I was fortunate to approach your blog in google